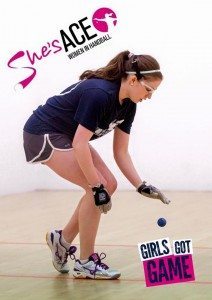 The third weekend in 2016 featured exciting handball action from two of the four corners of the U.S. and Ireland, as the University of West Florida’s WPH sponsored program hosted the Collegiate Nationals Tune-up event for two of the premiere collegiate handball programs in the country in Pensacola, FL the Washington Athletic Club hosted the celebrated WAC Classic in Seattle, WA and the GAA hosted the 2016 She’s Ace Ladies Open.

The UWF Collegiate Tune-up event at the spectacular UWF Rec Center featured the University of West Florida Argonauts and University of Texas Longhorns, as well as a special collegiate clinic and target hitting competition led by WPH Certified Coach and R48 #11 Pro Luis Cordova. After leading the collegiate clinic and target-hitting competition, Cordova captured the Open Singles, rallying from a 14-20 first-game deficit to defeat Atlanta’s rising contender Vince Mailing in two games. Jared Iserman won a strong six-person round robin to win the Men’s A Singles, while Florida’s Annie Wallace captured the Women’s B Singles round robin.

The Washington Athletic Club played host to the first live WPH broadcast at the 2006 WAC Classic and numerous subsequent broadcasts, including the 2012 and 2013 WPH Race 4 Eight Player’s Championship. The 2016 WAC Classic featured 77 players and the top open players from the Pacific Northwest, including R48 IV Olympic Club host Lou Barberini, Oregon’s Matt Steele and Washington’s Jon Hohol, Garrett Silveira and Kevin Price. Portland’s Robert Herrera demonstrated his rapid development in the top half of the Open Singles draw, defeating one of the Northwest’s best players, Jon Hohol, in the quarterfinals and stunning top-seeded Garrett Silveira to advance to the final. The Multnomah Athletic Club’s Matt Steele cruised to the final in the bottom half, defeating Nolan Reynolds and Tom Polzin to advance to the final. Matt Steele continued his dominant play in the final, cruising to a two-game victory against Herrera.

Thank to you Randy Multack and Brian Henson for their tremendous efforts in hosting one of the country’s best events. See the WAC recognized as one of the “WPH Most Influential”here

The fourth weekend in 2016 sees the World Players of Handball and the top Race 4 Eight stars heading to the Big Easy for the Race 4 Eight V Stop #3 New Orleans Powered by ESPN & Mardis Gras Open. You can watch all of the action live on Watch ESPN (here) starting on Saturday, January 23rd and ending on Sunday, January 24th.

To read the preview on the Race 4 Eight in the Big Easy, click here

To read the press release for New Orleans, click here