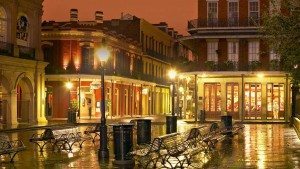 The Race 4 Eight #1 pro and 5-time defending World Champion Paul Brady will be making the 4300-mile transatlantic trip from his home in Ireland to New Orleans in search of his 11th Race 4 Eight title in his 13th Race 4 Eight start. Brady will contend with his fellow top eight rivals in the “Big Easy,” as Tucson’s Luis Moreno and Sean Lenning, San Francisco’s Emmett Peixoto, Southern California’s Mando Ortiz, Mexico’s Daniel Cordova and Ireland’s Stephen Cooney lead an international field of handball stars aimed at dethroning the handball’s undisputed #1. The top stars will also have to contend with top qualifiers hopefuls from California, Wisconsin, New York, Texas, Canada and Ireland, as each player will be vying for the prestigious Race 4 Eight Mardi Gras Open title in the third of seven 2015-2016 Race 4 Eight V events. Each match will be broadcast live on the ESPN App!

WPH RACE 4 EIGHT: The World Players of Handball’s Race 4 Eight V powered by ESPN features seven regular season stops, culminating in The Player’s Championship in Portland, OR to identify the top eight point earners on the tour. Similar to Nascar’s Nextel Cup and the FedEx PGA Playoffs, players earn points in the Race 4 Eight’s first six stops to qualify for the season-ending Player’s Championship and $20k first place prize. It all happens live on Watch ESPN!

The Race 4 Eight V held its first event in October of 2015 at the Simple Green U.S. Open in Fountain Valley, CA and its second event at the R48 V Tucson Memorial in November. Following a holiday break in December, Race 4 Eight hosts its third event in New Orleans in January of 2016, the fourth event in Houston in February, the fifth event in New York City, the sixth event in Salt Lake City, UT in April and The Player’s Championship in Portland, OR in May.