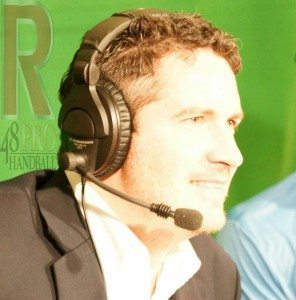 David Vincent: David Vincent formed the World Players of Handball in 2005 and ushered live handball into our living rooms for the first time. Since its inception in 2005, the World Players of Handball has broadcast more than 1,000 live matches! Dave Vincent serves as the lead play-by-play announcer for WPH Broadcasts Powered by ESPN, combining his unique perspective and personality with a lifetime of handball experience.

DV brings 20+ years of radio & TV experience from Oregon and California to World Players of Handball broadcasts and provides professionalism and wit to the amazing game of handball.

DV also serves as the Executive Director of the World Player of Handball at the WPH headquarters in Tucson, AZ, working daily to grow the game of handball through innovation.

David Fink: David Fink sat in the booth with David Vincent for the first time in 2007 and has not left since. Mr. Fink became the lead broadcast analyst for all World Players of Handball Broadcasts Powered by ESPN, providing candor and a player’s perspective.

The DV/DF broadcast partnership has broadcast the best matches and best players in the sport since 2007 and on ESPN since 2014. DF often jumps from the court to the booth and understands the challenges and difficulty of the sport as well as anyone.

Fink graduated with a Master’s degree in Sports Management from Duquesne University, using his education to not only serve as the broadcast analyst, but to also serve as the World Players of Handball Youth Donor and Development Director and WPH Senior Writer. 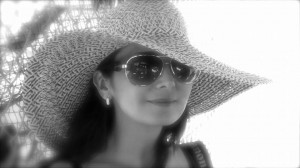 Lolita de Vincent: Lolita de Vincent serves as the head photographer at Race 4 Eight events Powered by ESPN, as well as serving as the WPH Inventory Director at the WPH’s home offices in Tucson.

Since the inception of the Race 4 Eight professional indoor tour, plus outdoor tour, Lolita has captured thousands of the best handball action shots ever taken. Lolita’s unmatched attention to detail, creative eye and superb organization skills makes her invaluable to the WPH Staff. 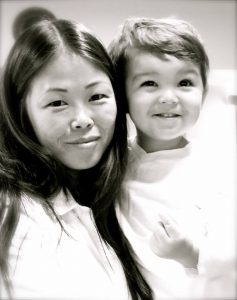 The WPH exists solely on new memberships, membership renewals, and donations, making Tricia’s work indispensable to the mission of the WPH, to host events on ESPN and to provide opportunities for professional, junior and skill level players to play in the best handball tournaments in the world.

We thank Tricia Fink for all her professional work and volunteer work with the WPH! 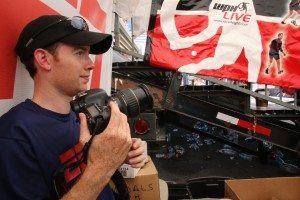 Jeff has a degree in film production from Pacific University and owns his own production company titled “Jeff Kastner Productions” in Portland, OR. Jeff founded the World Players of Handball, alongside David Vincent, and the two pioneers are collectively responsible for ushering handball to our living rooms in 2005 and allowing handball fans to enjoy all of the biggest tournaments from any part of the world.

Jeff excels at creating stories and highlights and has used his editing mastery to create several phenomenal pieces throughout Race 4 Eight history. Jeff remains on the cutting edge of new technology and continues to be an incredible asset to World Players of Handball. 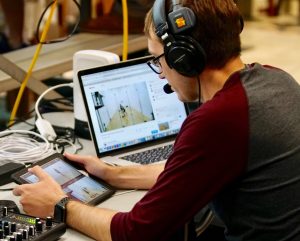 Kris started his television production career in his teens and quickly became the most in-demand television commodity in Portland.

Kris is simply one of the most talented television producers and engineers in the world and has dramatically improved World Players of Handball broadcasts since joining the team in 2011, adding a scoreboard, slow-motion instant replay, court sounds and several additional features that make the World Players of Handball Powered by ESPN Broadcasts incredibly professional and appealing. 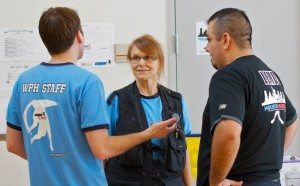 A devout perfectionist, Linda will stop at nothing to ensure that World Players of Handball broadcasts exceed all expectations.

Linda operates the cameras at all Race 4 Eights events, as well as drives the WPH equipment van to each event. Regardless of the length of her drive, Linda immediately starts running cables and setting up for WPH Broadcasts to ensure that webcast fans will be treated to the highest quality production possible.

Linda worked as a professor of mathematics for a number of years and transitioned to television production, working alongside her mentor, Kris Gurrad. 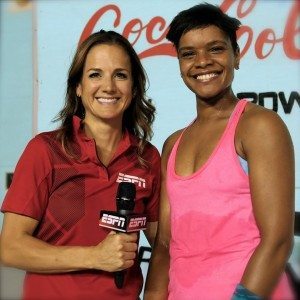 Kara Mack: Kara Mack in unquestionably one of the premiere sideline reporters in the craft, bestowing her infectious personality, extensive knowledge of handball and the players, and passion for the sport to ensure that WPH broadcasts are on par or beyond any major sport.

Kara’s resume includes interviews with virtually every ‘A list’ celebrity in Hollywood, enabling her to tackle even the most challenging post match Race 4 Eight interviews!

Kara is a real everyday full time TV personality that lends a hand to our sport of handball and we are so grateful! 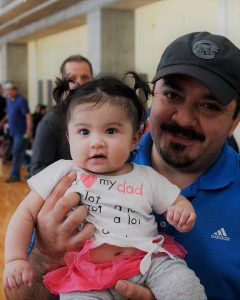 Omar Lemus is one of the most passionate handball ambassadors in the country.

Omar has served as the tournament director of the hugely successful Race 4 Eight Houston and plays and promotes the game as much as he possibly can.

Omar has a degree in film production from the Art Institute of Houston and works in the film department for a law firm in Houston, TX.

Omar attends several R48 events per season, working the cameras for up to 12 hours a day. Omar is a master of connecting the players to the fans through video storytelling. 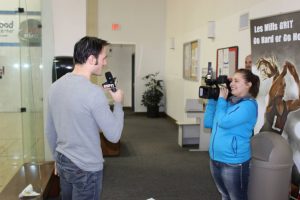 Samantha Kocher: Samantha Kocher joined the WPH Broadcast Team in 2016 and has immediately made an incredible impact on the group.

A graduate of the University of Portland, Samantha is never seen without a bright and infectious smile, even when carrying a 50-pound camera on her shoulder for an entire day. 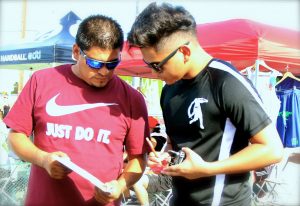 Matt Titaino: As a film student at the Art Institute in Las Vegas, Matt Titaino was thrust into the bright lights as an intern at the 2015 WPH 3WallBall Outdoor World Championships.

Because of his talent, hard work, and diligence on his first assignment in Las Vegas, the entire WPH Broadcast Team insisted that Matt was hired for each stop.

Matt has been an incredibly valuable addition to the WPH Staff, often working 20 hours a day running cable, filming matches and interviews and breaking down equipment. Like the rest of the video team, Matt is truly amazing 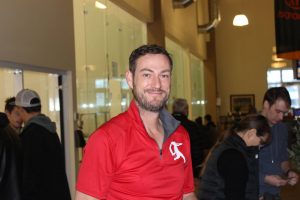 Che Lowenstein is a 22-year veteran in news/video production, having worked for NBC, CBS, and Fox stations in Idaho, Utah and Oregon, and spending 3.5 years doing Medical Video and Multimedia Production in London, UK. After returning to Portland from the UK, Che spent four years as the Video Production Manager for the Portland Timbers and Portland Thorns. Che earned his BA in Broadcast Journalism from Utah State University and had teamed with WPH Broadcast Team Members Kris Gurrad, Kara Mack, and Jeff Kastner in various projects in Portland before joining the WPH Broadcast Team in 2015. Che truly enjoys his weekend trips at Race 4 Eight stops: “I like working with the WPH crew because the whole circuit is like a big family with love and drama and endless storylines.  The weekend trips are long workdays and we generally don’t get to go out and see cities, but hearing Dave and Dave bicker and tease each other through the broadcast is very entertaining and the days go quickly.” Che is invaluable to every WPH production, as he trails WPH sideline reporter Kara Mack with a 50-pound camera throughout the day, while also producing sensational behind the scenes video pieces