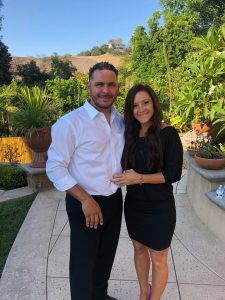 Tucson, AZ, WPH Press, 8/12/17- The Los Angeles Athletic Club’s Marcos Chavez has been dazzling handball fans for three decades, blending finesse, showmanship, shot making, and power to make him one of game’s best singles and doubles stars. Known as OChandball, Chavez was recently inducted into the Southern California Handball Hal of Fame, rightfully taking his place next to many of the game’s greatest stars, to include David Chapman, John Bike, and Naty Alvarado. Now in his mid 40’s, Chavez is the defending 3-Wall and 4-Wall national doubles champion with partner Sean Lenning, the defending SR48 Player’s Champion, and the current R48 Men’s #9 pro, proving that Father Time can be defeated. Chavez captured the JR Vazquez CA State 3-Wall Doubles championship two weeks ago with Lenning, as the pair tuned up for arguably the best open doubles field in history at next week’s World Championships.

“I have played in four World Championships and all of them have been unsuccessful,” lamented OChandball. “You have to be ready for this tournament because all of the players everyone are ready and in their best shape.”

Chavez endured a near-fatal motorcycle crash in 2015 that almost ended his handball career. The SCHA hall of famer worked his way back into form, eventually returning to his highest level. “In the last World’s I was coming back from my motorcycle crash and I was not 100% ready to help Sean like I thought I was, but this year is different. I did more cycling this year to train and be as prepared to the best I can. I’m excited to see all the great talent that is going.”

The wily 25-year pro tour veteran is feeling the pressure of this year’s World Championships, despite the hundreds of tournaments in which he has played. “This being a national and worlds title makes things different. I have national titles but no world titles and I’m really wanting that title.”

Chavez sees the Irish contingent as the biggest threats in Minnesota. “We do not play the Irish all the time but I have a partner (Lenning) who loves to pick on the Irish. Sean will be a big help to our journey to the later rounds.”

“This title would be the icing on the cake. Sean and I have won the 4-Wall and 3-Wall national titles so this would be a big one!!!!!! “

Best/favorite shot: back wall kill, overhand paddle with spin to the corners rollout

Strengths: Mixing up his game, preventing his opponents from gaining rhythm, back wall kill, psychological warfare

Summary: Playing as well in his 40’s as he did in his mid 20’s, this crowd-favorite dazzles galleries and frustrates opponents with a mixture of finesse, speed and sneaky power. Chavez is seemingly ageless, often playing his best handball in his sixth or seventh match of an event against players 10-20 years his junior. Chavez prepares for events with rigorous cross training exercises, to included biking, weights, stretching, and a lot of handball. Chavez is an ambassador on the tour and leader amongst his peers, making him one of the most respected players in the sport

Marcos Chavez Inducted Into the SCHA Hall of Fame: HERE