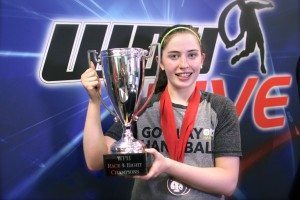 In the pursuit of creating the most accurate worldwide and R48 rankings possible, the World Players of Handball has tweaked the R48Pro, WR48Pro and SR48Pro rankings to reflect participation, the biggest events and the best performers.

“We want to create the most legitimate worldwide rankings system as possible in a world where crossover play is being promoted and encouraged,” revealed WPH Executive Director David Vincent. “We realize that not every player can participate in every event, so by counting five of the best seven, six of the best eight, or seven of the best nine events, players will be able to miss events and still earn a top ranking with great results. We could see a major shakeup in the coming year, with players from around the world earning their way into 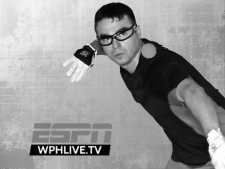 the elite, despite not playing in a few events.  I can also see, in the near future, a player winning the 1 wall, 3 wall and 4 wall code all in the same fiscal year.”

The R48Pro rankings (Elite Men) will include only R48 events in the 2015-2016 R48 season, with 2015 Simple Green U.S. Open, Tucson ’15. New Orleans ’16, Houston ’16, NYAC ’16, Salt Lake City ’16 and the WPH Player’s Championship (Portland) ’16 included in the upcoming ranked events, but the WPH isn’t too far off from adding other codes.  “Right now, I could see our group adding Vegas 1 wall & 3 wall, plus US Nationals, Worlds and possibly other high profile events in the near future,” claims Vincent about the potential expansion of the Race4Eight. “This season is a test to see if more, less, or equal competition result from our changes in the women and senior classes.” 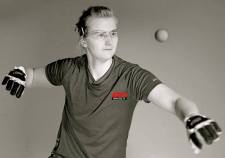 The 2015-2016 WR48Pro rankings (Women) will include the Simple Green U.S. Open ’14 (eventually replaced by the upcoming US Open in October), San Francisco ’15, New York ’15, Salt Lake City ’15, USHA Four Wall Nationals ’15, Venice Xrossover ’15, USHA 1-Wall Nationals ’15, World Championships ’15,  and the USHA 3-Wall Nationals ’15, the Simple Green U.S. Open ’15, New York ’16, Portland ’16 (and USHA Women’s Classic ’16: dates to be released).  Ranking events will drop after 12 months and be replaced by the most recent version of the event. “We are considering adding the Women’s small ball one & three wall divisions to the rankings for the upcoming Vegas 3WallBall Outdoor Worlds in Las Vegas,” chirps Vincent.  “Not that having 11 women’s ranked events are a bad thing, but would it be overkill? The thought is on our minds and we are weighing the pro’s and con’s.” 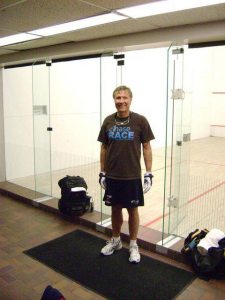 The 2015-2016 SR48Pro rankings will include Tucson ’14, Houston ’15, New York ’15, Salt Lake City ’15, USHA Four Wall Nationals ’15, World Championships ’15, Simple Green U.S. Open ’15, and the USHA Master Nationals ’16 (site of the WPH Player’s Championship in Portland, Oregon). Ranking events will drop after 12 months and be replaced by the most recent version of the event. Players playing in the 45+ divisions will be able to earn half the ranking points that the 40+ players earn, meaning that the winner of a 40+ major would earn 10 ranking points and the winner of a 45+ major would earn 5 ranking points.  This same system will be followed by the 55+ and 65+ categories in respect to the 50+ and 60+ divisions.

WPH Rules (by entering Race4Eight events, you are agreeing to these terms) HERE>