Scroll to Top
HOT
Categorized as
917
Tagged as
Moreno
Related 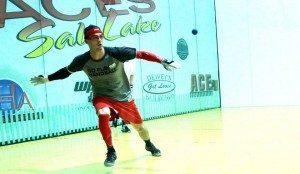 Luis Moreno has held the #1 ranking on the WPH Race 4 Eight tour for the majority of the Race’s existence starting in 2011. Moreno has dominated the tour with nine wins in 21 events, far surpassing the win total of any other Race superstar. However, since the WPH R48 III Stop #4 at the New York Athletic Club in March of 2014, “The Natural” has been very unnatural by his lofty standards, winning just seven of 14 matches against ranked Race pros in seven combined Race and non-Race events.

The strength of Luis Moreno’s game has always been winning close matches. However, Moreno has struggled to convert big leads and win close matches during his 7-7 struggles, once holding match point and losing, and twice being just two point from victory and losing.

Moreno still appears to be in the form that has made him the most prolific winner in the history of the Race tour and was one or two shots from winning five of the seven matches he lost. Moreno’s 7-7 record against ranked pros in his last seven starts could have very well could have been 12-2.

Perhaps The Natural is dealing with nerves at the end of matches, having been the #1 pro for the better part of three years. Perhaps Moreno is struggling with his focus or motivation, as the best in the game have targeted the #1 star.

Moreno will enter the U.S. Open as the defending champion, and a motivated Moreno will be a very dangerous opponent for anyone in the draw.