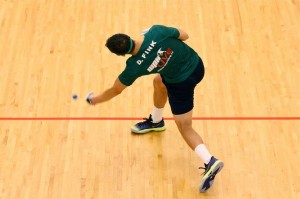 Huge upcoming week handball fans! The Simple Green U.S. Open of Handball is just days away, so there is a lot to discuss. Check out the Simple Green U.S. Open preview, take a close look at WPH R48 #1 Luis Moreno’s surprising results in his last seven starts, check out the hottest rivalries in the sport, and revisit why the Irish have taken over 4-Wall handball. Make sure to read the question and answer section below the links! Send your questions and comments to fink@race4eight.com or tweet @DFWPH to have your questions and comments posted next week. The MMS will be back next Wednesday, October 29th.

To read about the hottest rivalries in handball, click here: https://wphlive.tv/its-handball-rivalry-week/

To read about the Peculiar Case of Luis Moreno, click here: https://wphlive.tv/the-peculiar-case-of-the-natural/

To revisit the shift in Irish dominance in 4-Wall handball, click here: https://wphlive.tv/examining-the-rise-of-the-irish/

If the Jake Plummer bash was not an official Race 4 Eight stop, how did Emmett Peixoto win a yellow jersey?

Thanks for the question Tom! The Pre-Race Plummer Bash was not an official R48 stop, but it was sanctioned by the WPH and featured a monstrously strong field, including WPH R48 #1 Luis Moreno, former #1 Sean Lenning, former 5-time R48 finalist Naty Alvarado, and current #2 Emmett Peixoto. The WPH can determine a sanctioned WPH event to be a “yellow jersey” event before the event starts, and that’s what was done in the Plummer Bash.

What is the best college out there for me if my main interest is playing Handball?

Alejandro, thanks for the great question! College handball is very strong right now, and I believe colleges are the best avenue for introducing and retaining new players, based on court availability and the enthusiasm of young adults to play sports.

There are a lot of great programs in the U.S. Lake Forest College in Chicago and Missouri State in Springfield, MO have historically been the strongest collegiate programs and have produced great teams and great players for decades and continue to do so. The best up-and-coming programs are the University of West Florida in Pensacola and Minnesota State University in Mankato. Mike Morgan has built an incredible program from the ground up at UWF, and they now boast over 25 players on their team. Mike Wells has done the same at Minnesota State, and Wells’ squad is now challenging for the collegiate national championship. Texas A&M and Pacific University (Oregon) also have thriving programs

What do you think the draws will look like for the men’s open singles at the simple green? 4w, 3w, and 1w?

Thomas, very interesting question! The WPH does not make the draws at the U.S. Open so I would only be guessing here.

In 4-Wall, I think Moreno will be the #1 seed, based on his #1 ranking and being the defending champion. I think Brady will be seeded second, despite his #5 ranking. If Brady is moved to #2, Peixoto will go to #3, Alvarado to #4, and Ortiz to #5. The wildcard will be former #1 R48 pro Charly Shanks, who has no ranking because of not playing a Race event last year. No one in the top 8 will want to face Shanks in the round of 16, but one of the top 8 will be forced to do so. I could see Shanks seeded anywhere from #9-12.

Santos is ranked #1 on 3-Wall big ball, but I suspect that Samzon will be seeded #1 based on winning the U.S. Open last year, which is a rule unique to handball and one that I will never understand. Ricky Ruiz should be #3, meaning that he would play Santos in the semis. Ruiz beat Santos in the semis last year, and as you know, beat Samzon in the last WPH Outdoor Player’s Cup event in Vegas last month. Chava Cordova will likely be #4. The 3-Wall big ball wildcard will be Tyree Bastidas, who despite having limited 3-Wall big ball experience, is an all-court star who can beat anyone in any code of handball. Several of the top 3-Wall big ball singles stars, including Kevin Gonzalez, Lobo Valencia, Shorty Ruiz and Flash Tojin are playing doubles, which will open the door for some new names in the singles.

The 1-Wall singles draw features defending champion and #1 1-Wall big ball pro Timbo Gonzalez, as well as Gio Vazquez. The pair should meet in the finals, although Chris Show and Andres Calle will provide stern tests in the semis for both Timbo and Gio.

I’ve been having trouble with my left to left serve lately, do you recommend going to a hard two wall serve or z serve for a second serve? …or a lob

Thanks for the question Ryan! The left-to-left serve can be very effective, but the margin for error is small. Try to hit a “slider” with a natural hop when you are serving down the left. This means leading with the elbow and letting the ball run up your hand. The 2-Wall or z serve is also very effective if you can consistently force your opponent to return from the deep left corner with his left hand. The lob can also be very effective and efficient in changing the pace of the game and conserving energy. Remember, the serve that works against one opponent may not work against another so do some scouting and experiment early in the match against a new opponent to see what works best. Sometimes mixing up the serves is the most effective, especially against a high level player. The best serve is always the serve that is not returned or yields an offensive opportunity for a first-strike kill

Samzon vs. Santos, U.S. Open Final, who is the favorite?

Getting right down to business AF. I like it. It’s very hard to pick against Samzon because he is an incredible champion and the two time defending champion at the U.S. Open, but I have not liked what I have seen from Samzon in the second half of the summer. He looks distracted and a little out of shape. Of course, that could change as he prepares for the U.S. Open, but he will need to rediscover his fire and end rallies more consistently than he did at La Mirada and Vegas. Santos, on the other hand, looks like a man on a mission. He looks as though he has gotten stronger and he is very, very focused. In four years of watching Santos, I’ve never seen him serve as well as he is right now. I think he can still improve his first-strike game but he is winning despite not converting a lot of setups. If I have to pick a favorite, I’ll go with the new dad from Orange, Santos

What style of handball do you think of handball is the hardest? One wall? Three wall or four wall?

Steve, thanks for the question! That is a difficult question to answer and unless I’m extremely diplomatic, there could be some very offended handballers! To play any code at a high level is extremely difficult and requires thousands of hours of dedication. However, I believe that 4-Wall small ball is the hardest code because it requires players to understand the angles of the walls, the back wall, and dozens of shots to master with both hands. I think if you took a top 4-Wall player with little to no experience in 3-Wall or 1-Wall, he would most easily transition to the other codes, as compared to a 1-Waller or 3-Waller. That is by no means saying a top 4-Wall player would dominate another code, but he would be somewhat competitive in 3-Wall or 1-Wall. A 1-Wall player that has never played 4-Wall would be like a fish out of water in a 4-Wall court and would likely not be competitive in even the B division with little or no experience