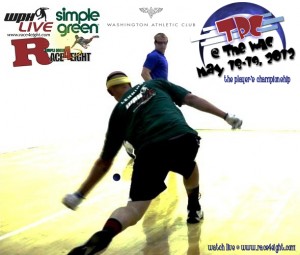 The Player’s Championship will run a unique eight-man format that will crown a season ending tournament winner, plus crown a Race Winner by tallying up points from the previous seven stops.  The winner of the Race4Eight will be the Race Leader (Rankings) post Seattle.  “Yeah, we will have a winner of the Seattle stop and then the biggie happens….The Race Champion,” says Executive Director, Dave Vincent.  “We will also crown the season ending points leader and award them the Race4Eight Player’s Champion.”

WPH will be on site with a film crew broadcasting the action LIVE from the Historic Washington Athletic Club beginning on Friday, May 18th @ race4eight.com and you can watch all the action with a paid subscription.