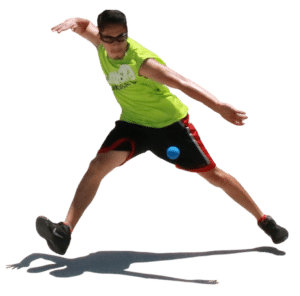 Shootout @ Edison Park in Huntington Beach, California, this past weekend (May 5-6, 2012) turned out to be one of the best events the WPH has been apart of, in any capacity, since their inception.

On April 23rd, the WPH secured the contract for Edison and within two weeks over 120 participants all entered the event with hopes of securing a yellow jersey, ranking points and a lot of cash. $8,000 in cash, to be exact.

The WPH recently announced their intent to move to Southern California, as a satellite office would be formed with Ashley Moler heading the outdoor/California handball division. “This Cinco event is our inaugural tournament to kick off our move,” says director, Ashley Moler. “Vincent, Montijo and I could not be more happy with what we just witnessed.” WPH calculated the number of fans who watched on Saturday and Sunday and saw peak numbers reaching 1,600 court-side at any given time.

What does the Player’s Cup Series mean?

WPH will use the results from the Cinco event, plus three other (TBD) stops, to include the Player’s Championship September 20-23rd. Those with the highest points will win cash and be named as the Elite Eight of Big Ball 3 Wall.

“Juan Ibáñez Santos had one helluva tournament, says WPH director, Dave Vincent. “He took down #4 seed Pee Wee Castro [New York], walked into a buzz-saw in Samzon Hernandez (#1) in the semis and then defeated Ricky Ruiz (#2) 11-6 in the tie breaker.” Moments later, Ibáñez played tough in a doubles loss with mentor, and legend, Gollo Tellez, as Hernandez/Ruiz teamed up to take the Yellow Jerseys.

“With his performance this weekend, Ibáñez will be ranked #1 atop our rankings,” claimed Ashley Moler. “We use results from singles and doubles to rank the top players.” WPH unofficially named Ibáñez, Ruiz, Hernandez, as the three above the charts, with Shorty Ruiz, Pee Wee Castro unofficially closing out the top eight. Rankings will be made official by week’s end.

In the women’s bracket, Ashley Moler took her #1 seed all the way to the finals where she defeated Melissa Sky in two games. “I counted over 600 people watching this match, as we closed all adjacent courts to put a focus on this match,” says Abe Montijo, WPH Development Director. “The crowd was totally into this final. Very exciting for the game.”

Results, HERE> (scores will be updated within 48 hours)
Pictures, HERE>

On Juan Santos: Juan Santos was an amazing story this tournament. Meeting him for the first time, you could see how mature and poised he was at a young age of 17! His shot selection and execution was better than the rest of the field. He is unlike many of the other local big ball players. Santos is a quiet player, shows little emotion, but his intensity is 2nd to none. After his dismantling of PeeWee Castro, you could see what a different level of play he brings to the table. His upset of #1 seed Samzon Hernandez was not an upset to many. It was the first time the youngster played the young veteran and he was excited for the challenge. After defeating Samzon in a thrilling tiebreaker, you could see in his eyes that this tournament was his to lose. He did not disappoint anyone, by defeating the ever dangerous Ricky Ruiz, and putting an end to his magical run this tournament. This win is sure to put him on a pedestal, and all will try to de-thrown him at future stops. It will be exciting to see how the young kid performs with a target on his chest the rest of the cup season.

On WPH/Format: The games to 15-pt rally-scoring format seemed to work well for all. The rally scoring is something that was implemented for the first time in Fresno by the WPH. While some disagreed or complained about the format, this is exactly what these California players play every weekend. SoCal players are very flexible as far as what type of ball they use, what the scoring format is, what court they play on, and they only take one minute to warm up and one minute in-between games! As a tournament director, this made the job of Ashley Moler much easier to handle.