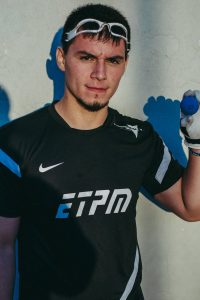 Brooklyn, NY, WPH Press, 8/3/19- The crown jewel of 1-Wall small handball was held on the first weekend of August, as the 59th USHA National One-Wall Championships featured a mix of the best young and veteran players in the sport on a steamy weekend in Coney Island.

Defending champion Tyree Bastidas was seeking his seventh One-Wall national title and cruised to the final, ousting his junior rival and dangerous sharpshooter Victor Lopierre in the quarterfinals and overcoming Alvaro Rebaza in the semifinals.

2017 One-Wall small ball national champion and the undisputed #1 Big Ball player in the world Timbo Gonzalez continued to prove that he is a threat with any ball, advancing to the finals with impressive wins against 1-Wall superstars Cesar Sala and Jurell Bastidas. “Timbo made a lot of good gets and has a lot of new punch shots that are very effective for returns off the court,” stated former One-Wall national singles finalist and WPH reporter Mike Schneider. “Timbo’s match with Cesar was definitely the best small ball game of the year thus far.” 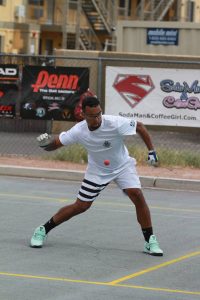 The final pitted the two top stars in 1-Wall handball colliding for the first time on the biggest stage. Despite living in the same borough and living virtually parallel lives, Tyree and Timbo have not crossed paths on the small ball 1-Wall court, until Saturday’s marquee final.

Timbo controlled the action in game one, not allowing Tyree to find his rhythm. “Tyree spent the first game unsuccessfully trying to figure Timbo out,” stated Schneider.

Tyree stormed back in game two, imposing his power game on his crosstown rival and playing virtually even with the world’s top big ball star. Timbo held match point at 20-17, but Tyree scored four consecutive points to force a decider.

Timbo seized the momentum of the tiebreaker, erasing the disappointment of squandering match points at the end of game two to control the 11-point third game and complete the “Bastidas Slam” to claim his second One-Wall small ball national title in three years.

“Tyree was serving and running back and just trying to rally with Timbo,” stated 1-Wall legend Robert Sostre. “You’re not going to beat Timbo in rallies. Tyree needed to play the ball off the wall more and go for more aces.” 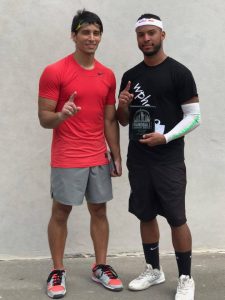 “My fly kills and deep serves high to his left were the difference against Tyree,” stated Timbo. “I’m fast enough to get his serves, I just have to return the serve well enough to push him back so he didn’t get a setup to smash the corners on his next shot.”

“My body is shot, playing Jurell in the semis and Tyree in the finals was super tough,” added an exhausted Timbo. “Tyree was playing good but was not serving that well (by his standards) so that helped me big-time.”

With the win, Gonzalez now holds the title of the best 1-Wall small ball and 1-Wall big ball player simultaneously, one of the most rare feats in handball history. 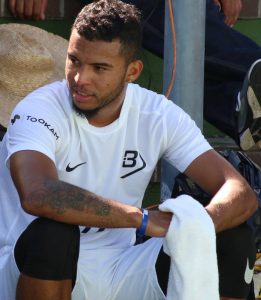 For more on the 59th USHA National One-Wall Championships, go to ushandball.org

Thank you to the USHA for the great event!