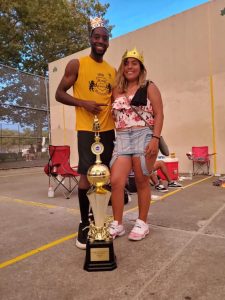 New York, NY, WPH Press, 7/22/19- The King of the Courts is the crown jewel of 1-Wall Big Ball singles, as more than 100 of the top 1-Wall Big Ball players in the world seek to be crowned the “King of the Courts.” Sweltering heat and humidity greeted the world’s best in New York City on the third weekend in July, as 95-degree temperatures with 70% humidity presented players with the ultimate physical and mental test. “The heat was the hottest ever this weekend,” stated Timbo Gonzalez. “Some players were throwing up, others had to forfeit games.”

Kadeem Bush entered the tournament on the heels of a lopsided loss to top-seeded and reigning “King” Timbo Gonzalez at the recent USHA WallBall Nationals and played the King of the Courts with something to prove. Bush cruised to the final in the bottom bracket, conserving his energy with dominating wins, including overcoming 1-Wall next gen star Timothy Torres in the bottom bracket semifinals.

Bush was too strong for Timbo in the final, announcing himself as the 2019 King and a serious threat to Timbo’s #1 Big Ball ranking with a convincing 21-10 finals win. 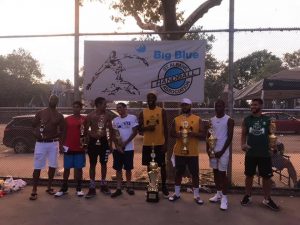 “Well what is there to say,” proclaimed and ecstatic Bush after being crowned “King” for the first time. “I have to thank God first, always! It is always great competing with Timbo, more battles to come!”

“Kadeem is a beast and when he has his mind set on something and goes for it full heartedly, he achieves it,” stated next gen 1-Wall star Dan Pitre. “Kadeem is an inspiration and deserves this more than anyone. Kadeem didn’t allow any of the losses from this year stop him from achieving the crown! I’m proud of him. I can’t wait to see Kadeem and Timbo play each other again!” 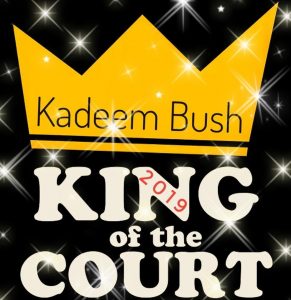 The next 1-Wall Big Ball singles major will be the Big Blue Ballers in late August.

Stay tuned to wphlive.tv for updates from the Big Blue Ballers and all things handball.

(Thanks to Albert Apuzzi for the score updates and cover photo)