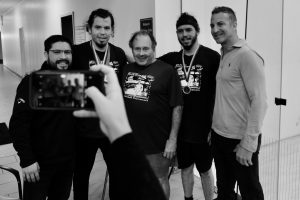 Tucson, AZ, WPH Press, 2/17/20- The fifth R48 stop of the 2019/20 R48 IX season produced the first two-time R48 champion of the R48 IX season (Lucho), while the WR48 Mardi Gras saw the WR48 #1 Catriona Casey grab her 20th WR48 title and eighth consecutive WR48 title. Despite losing in the final, Danos Cordova climbed to #2 in the R48 Power rankings, Lucho dropped to #3, David Fink rejoined the top five with his second semifinal appearance of the season and Shorty Ruiz entered the top nine for the first time in his R48 career after advancing to his first R48 semifinal.

Casey solidified her standing atop the WR48 Power Rankings after winning number 20 in New Orleans, while Ciana Ni Churraoin remained the solid WR48 #2. New York’s Danielle Daskalakis crashed the all-Irish WR48 top five with her fourth place finish at the ’20 WR48 Mardi Gras, climbing to #4 in the WR48 Power Rankings.

Check out all of the post Mardi Gras rankings below.