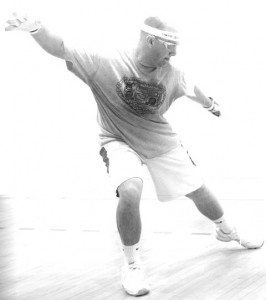 From unknown causes, handball champion, David Chapman, passed away at his home in St. Louis, Missouri last night (Tuesday, October 10th, 2017).  The Cause of Death has not been confirmed.

Chapman, just made a comeback to the sport of handball after a four year layoff, where he made a splash in Las Vegas at the WPH 3WB Outdoor World Championships (Taking second in X-Fest, as the best all-around player in the game), this past September 21st. Chapman hosted handball players at his home a weekend before this past Tuesday, and was in great spirits, very happy with his life and new physical direction.

Chapman just began work at a new firm and was very excited for the new upcoming opportunities in both his professional and personal life, claiming that his old employer wouldn’t allow him to take time off for handball; and that, the new employer would.

“Chapman was eating right, playing handball again, and enjoying life,” says WPH Executive Director, David Vincent.  “We had dinner just a few nights back and were able to catch up.  He spoke of his plans to return to the pro tour, he mentioned his love for his mother, father and all his handball friends.  This new revitalized Chapman just started a new job and was happy about his direction in life and was more positive than I’ve ever seen him prior.  The handball community suffered a huge blow when big DC left us.  Our thoughts and prayers go out not only to his family but all those that he touched over the years.” 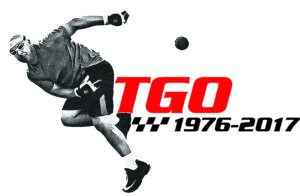 The WPH Tucson Memorial November 10th-12th, 2017 in Tucson, Arizona, will hold a special memorial service for Chapman, plus all those in the handball community that have left us over the past year and years before that.  WPH women’s and men’s pro stop will hand souvenir TGO Tournament Shirts at check in.

Do you have a David Chapman Story that you want Published?  Contact us and we will put it in the collection here>  vincent@wphlive.tv

Prayers to his friends and family from our family, RIP TGO!

Here’s a Retro Video of Chapman’s that may be the most publicized one-off event in our game’s 4 wall history: https://youtu.be/OheDqiFEHTw (Back when DC was still in his teens)