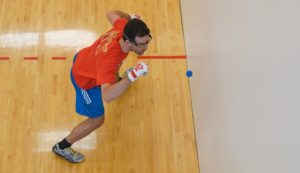 Austin, TX, WPH Press, 10/10/17- The University of Texas and the World Players of Handball are proud to present the 2017 Texas State Singles Championships & WPH R48 Pre-Qualifier in Austin, TX at UT’s Gregory Gym on the weekend of November 17-19, 2017. The winner of the Men’s Open singles at the Texas State Singles Championships will be awarded with a $500 travel stipend to the Race 4 Eight event of his choice during the 2017-2018 R48 7 season, courtesy of the Houston Handball Club.

The winner of the Texas State Singles/R48 Pre Qualifier will choose to use his $500 Race 4 Eight travel stipend from stops in Montana (January), Las Vegas (February), Houston (March), New York City (April), and Salt Lake City (May). If the Men’s Open Singles champion is unable to attend a Race 4 Eight event during this Race season or is currently ranked in the Race 4 Eight Elite 8, the Men’s Open Singles finalist will be awarded the travel stipend. Per WPH R48 Pre-Qualifier rules, if two or more players ranked inside the R48 top 25 enter the Texas State Singles R48 Pre Qualifier, the winner will receive direct entry into Montana, Las Vegas, or Houston. The $500 travel stipend can be used for New York or Salt Lake City, but the direct entry option is not available for New York or Salt Lake City. 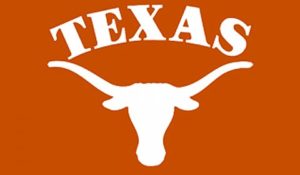 “There are a lot of really good players in Texas and the Southwest and it’s going to be very exciting to watch those top players battling for a Race 4 Eight trip,” stated Race 4 Eight tour administrator and WPH Executive Director Dave Vincent. “The Race 4 Eight has held events in Houston each year since 2013 and we have seen the talent in the Texas area first-hand for several years. It’s impressive and we’re excited to partner with the University of Texas Handball Club in hosting this R48 Pre Qualifier in Austin.”

Out-of-town students will receive free entry, novice entries are $10, in-state students are $30, while standard first-event entries, including entry into the Texas State Singles/R48 Pre-Qualifier is $55.

For all of the information on the R48 VII season, go here