The WPH Outdoor Hemborg Ford 3WallBall Cup Series is underway, while the construction of the year’s remaining schedule is also going under the knife.  In 2015, Hemborg Ford, the World Players of Handball Outdoor Division and 3WallBall.com are pleased to announce that the 2015 Player’s Cup is now packed full of goodies.

The top four men and top for women, at the end of the season (3 Wall Big Ball Cup Series Rankings), will be named the Fab Four of Handball and given FREE entry into all WPH Outdoor events for 12 months; meanwhile, the top player will be named the Hemborg Ford Player’s Cup Champion.  In addition, WPH, 3Wallball.com and Hemborg Ford, will award the Top male PRO & top female PRO a weekend accommodation at the Stratosphere in Las Vegas, plus a cash prize.  Presentation of prizes will take place on center court during the 3WallBall World Championships in Las Vegas on September 24‐ 27.  Special thanks to Daryle Uhrich and Hemborg Ford for their sponsorship of the Hemborg Ford 3WallBall Cup. 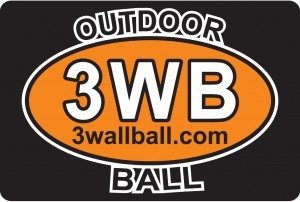 1. PRO cup divisions include Men PRO Singles, Men PRO Doubles, Women PRO Singles, and Women PRO Doubles.
2. All players who compete in PRO divisions shall accumulate points toward the Hemborg Ford 3WallBall PRO cup.
3. In divisions with four or fewer players, the points awarded for the first round of play shall equal the number of points awarded in the quarterfinals and shall progress from there. When applicable, third and fourth place shall receive quarterfinal points.
4. Players will accumulate points in the division in which they signed up. If a division is later combined with
another division, the player will accumulate points based on their placement in the combined division at the tournament director’s discretion.

5. Players may accumulate points in a maximum of two divisions per tournament for each Hemborg Ford 3WallBall Cup.
6. Players may accumulate points in all Hemborg Ford 3WallBall Cup stops. The Simple Green US Open of Handball is not a cup stop, but results will count toward the ranking points.
7. Top male PRO & top female PRO will receive a weekend stay at the Stratosphere plus other prizes.
8. The top four PRO men & women will be named the Fab Four of Handball and will receive

FREE singles entry into all WPH Outdoor events for one fiscal year (Excluding the Vegas 3WallBall Outdoor Vegas Championships)
9. People who compete and/or participate in the Hemborg Ford Cup Series agree to abide by the ruling of the Hemborg Ford Commissioner/Board in matters concerning the Hemborg Ford 3WallBall Cup. All players must hold a WPH Player’s Card in order to participate. Purchase at www.thehandballstore.com.

Points and Schedule for 2015 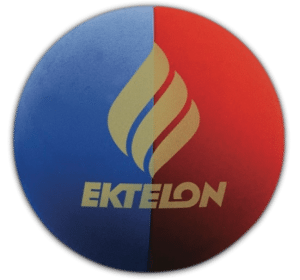 Scoring:  All main draw matches are 12-12-12, best two of three, win by one and traditional scoring (only the server scores); All playoffs, drop-downs, junior main draw matches and consolations are one game matches to 25, win by two (WPH Qualifier format:  See WPH for details).

The Server:  Only one serve (no second serve), two-wall serves okay and all lines are good (except the short line).   Server must remain in the server’s area (box); passing over the foot fault line is a “fault.” A screen serve or foot fault is similar to a “short” whereas the server is penalized with a “side out” after the second offense.