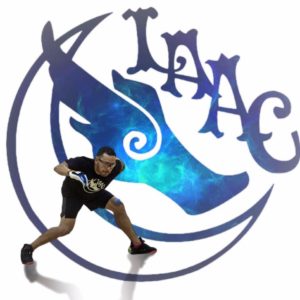 The Los Angeles Athletic Club features the best 4-Wall handball team in the U.S., evidenced by Team LAAC taking the inaugural Manning Cup team title in 2017. Team LAAC, comprised of top 10 R48 pros Mando Ortiz, Vic Perez, and team captain Marcos Chavez, ousted Team Canada, Team NYAC, and Team Tucson en route to the prestigious Manning Cup. Ortiz, Perez, and Chavez will serve as hosts of the 2019 LAAC R48 Pre Qualifier, lending their celebrity and status to what promises to be one of the strongest R48 Pre Qualifier fields of the season.

R48 #26 “True Grit” John Wayne Cortez earned his R48 pro status at the 2018 LAAC Pre Qualifier, overcoming the LAAC’s Dylan Hernandez in a thrilling three-game classic. Cortez will be aiming to defend his title this December but will have to contend with the top stars on the on the west coast to repeat.

“We are very proud to represent the LAAC and we are excited to host our third R48 Pre Qualifier this December,” stated LAAC team captain and head coach Marcos Chavez. “There is a lot of talent in SoCal and beyond and we’re excited to showcase it and give the players a chance to earn a R48 trip.”

Editor’s Note:  The Red 21 Ball will be used for this stop!  Purchase it the USHA Web Store or at thehandballstore.com. WPH RACE 4 EIGHT: The World Players of Handball’s 2019/20 Race 4 Eight 9 Powered by ESPN will feature R48 stops in Georgia, Arizona, Montana, Pennsylvania, and New York, all culminating with The Player’s Championship in Utah in May of 2020. Similar to NASCAR’s Nextel Cup and the FedEx PGA Playoffs, players earn points in the Race 4 Eight’s regular season stops to qualify for the season-ending Player’s Championship and bonus prizes.