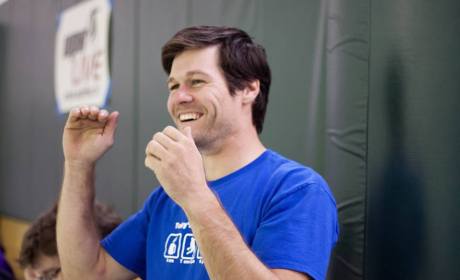 June kicked off the 2015 UWF fall semester recruiting process, as nearly 200 incoming freshman were introduced to handball at the University of West Florida’s Rec Center, home to the WPH’s Argonauts Classic every fall. “Many of the new recruits were hesitant to play initially, but once we got them started they couldn’t stop,” boasted Coach Morgan. “The new players were so enthusiastic that the gym closed on several occasions and they had the lights turned out on us! The UWF Handball Team’s 2015 summer events have all been huge successes and we have a number of promising recruits eager to play in the fall.”

The University of West Florida Handball Team will continue recruiting in July, with the official UWF handball season kicking off in September. In years past, the UWF squad has hosted its Argonauts Classic early in the fall semester and traveled to various R48 stops throughout the season. We look forward to seeing Team UWF on the 2015-2016 Race 4 Eight V tour! The WPH is proud to help sponsor the UWF Handball Club and its upcoming initiatives.

Do you have what it takes to make a positive influence on young people through handball or are you already making a difference and would like for the WPH to help sponsor your existing program? If so, please contact WPH Youth Donor and Development Director David Fink @ fink@juniorhandball.org