Quarantine Workout with David Fink, Wednesday, April 29 at 11 am PST 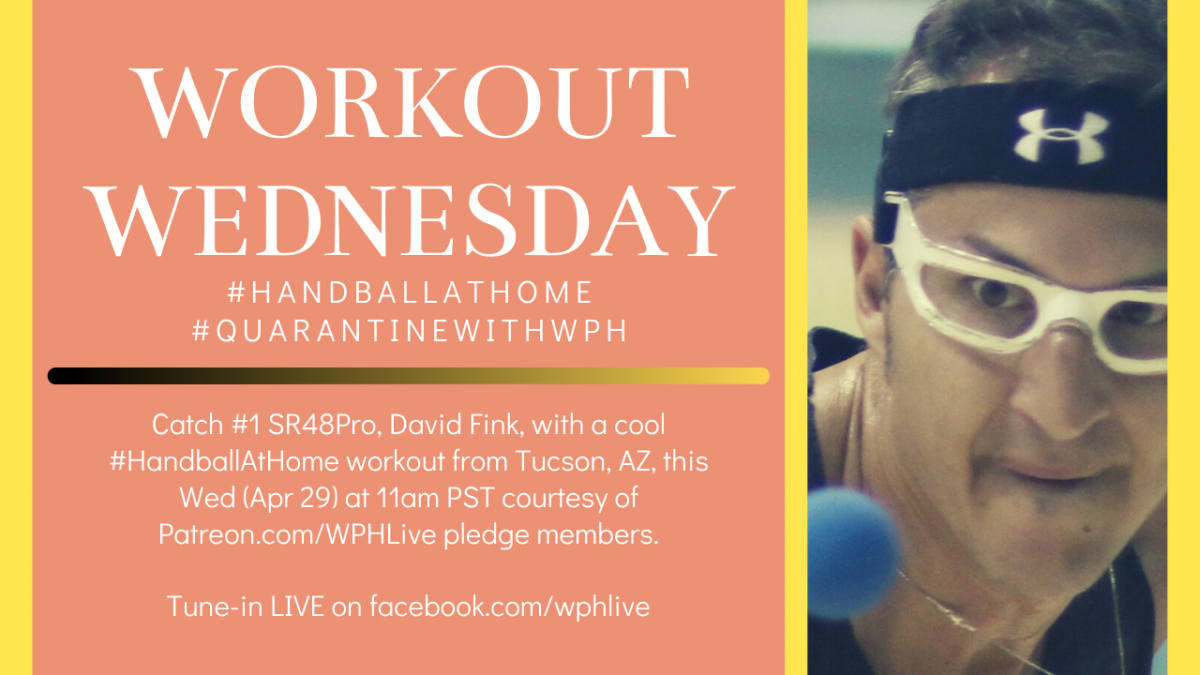 Fink has played more matches than anyone in the history of the Race 4 Eight tour and amassed the second most match wins (113).  At 42, Fink is still among the game’s best, largely due to maintaining and increasing his strength and conditioning.

Fink will focus on lower body strength training during his live workout, while introducing his off-court handball warm-up and a core session.

“I added lower body strength training to my workout routine in the last two years because of losing many matches due to weakening and rubbery legs,” stated Fink. “By working with Mike Semplice (Pittsburgh, PA), Craig Smith (Tucson, AZ), and Rocky Snyder (Santa Cruz, CA), three of the best trainers in the world, the rigorous strength training program has made me considerably stronger and more confident to push myself to the limit deep into matches. I look forward to sharing some of my tips with you next Wednesday, April 29th LIVE from the Tucson Studios of the WPH at Facebooklive.com/WPHLive. You will not need any equipment, only about four to six feet of floor space and a chair or bench. I look forward to working out together this upcoming Wednesday, at 11 am PST!”

WPH Workout Wednesdays are all part of the Patreon.com/WPHLive series #HandballAtHome.  #QuarantineWithWPH and stay healthy during this pandemic!

Thank you Patreon pledge-supporters for sponsoring this project and allowing not just Patreon supporters, but anyone with an Internet connection to watch these amazing workouts from the pro player.

Don’t have Facebook or Facebook LIVE?  No problem!  We will upload the video on-demand right here, next Wednesday!