Las Vegas, NV – The World Players of Handball [WPH Live TV] today announced plans to air Racquetball, Paddleball and Handball matches on ESPN & the WatchESPN App, as part of the upcoming World 3WallBall Outdoor Championships in September of 2015 from the Stratosphere Hotel in Las Vegas. As part of the agreement, the WPH will provide video footage, along with play-by-play commentary, multiple camera angles, instant replays, player interviews and high definition coverage from Fri, Sept 25th, through Sun, Sep 27th, 2015, across the ESPN/WatchESPN Platform—A first for these championships, now entering its 6th year.

[3WB] and the Stratosphere Hotel to bring you the biggest combined court sport event in their game(s) history. “WOR & WPH are proud and excited to be involved in the most unique event in court sports,” commented Hank Marcus, WOR Executive Director. “This event brings together players from around the world to the most exciting city and the most amazing venue built from the ground up for the players,” continued Marcus. “The addition of expanded coverage from ESPN & use of the new Revolution ball will only enhance what is an annual celebration of thousands.”

“The National Paddleball Association is honored to be part of the 2015 3WallBall World Championships with our brothers and sisters from racquetball and handball. This year’s event promises to be the biggest and best to date with new offerings, including more 3 wall and 1 wall paddleball, handball and racquetball divisions, plus a new paddleball/handball exhibition,” says NPA President, Jim Owens. “We will see you in Vegas on ESPN!”

The outdoor championships will take place September 24th-27th in Las Vegas, Nevada, adjacent to the famous Las Vegas Boulevard and expects the very best men and women’s professional athletes, age division players, amateurs, juniors and spectators. “This is an important day for our sports and the millions who play around the world,” said 3WallBall founder, Mike Coulter. “Our goal is to provide a fun, family friendly, yet competitive atmosphere with one of the world’s most scenic backdrops, the Stratosphere Tower. Now entering our 6th year, we cannot be more excited to bring ESPN and the coverage from WPH Live TV on board.”

“Our team is honored to continue the tradition of excellence established over the last 5 years. The expanded presentation on ESPN by the WPH will give this event the exposure it has truly earned,” added 3WallBall Event Director, Vic Leibofsky.

The Stratosphere Hotel Tower Casino will host the event at 2000 South Las Vegas Boulevard, Las Vegas, NV, 89104, and has made special concessions to all fans and participants wanting to stay right at the venue during the special event weekend. “The Stratosphere Hotel & Casino is excited to welcome back 3WallBall again this September and we look forward to viewing great matches in the stands as well as on ESPN. Good luck to all participants and their countless fans,” says Tom Moore, President of Stratosphere Development, LLC. The

Stratosphere Hotel Reservation Center is open for this special event now and has drastically reduced prices to accommodate. Book your stay by calling: 1-800-99-TOWER and using promo code: C-3WB15 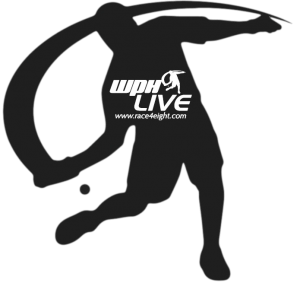 ABOUT WPHLIVE TV:
Originally created to promote the sport of Handball through mass-media marketing, the WPH has expanded to administer the professional 4 wall indoor handball tour [Race4Eight] and outdoor professional 3 wall big ball tour [Cup Series], while overseeing the development of the sport with Junior WPH. Now, as their Tenth Anniversary is upon us, the WPH has partnered with ESPN & the WatchESPN App in the attempt to further promote the sport of handball, racquetball and paddleball.