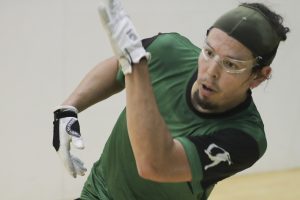 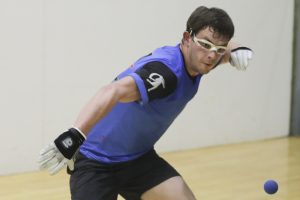 Killian Carroll clinched the 2019 R48 Men’s Pro Player’s Championship with scintillating semifinal and final wins against the “Flying Cordovas,” winning his fourth consecutive Player’s Championship. Carroll also finished as the 2018/19 R48 Season Points champion for the third consecutive year, setting a new record for most seasons as the R48 Men’s Pro #1. Sean Lenning finished the season at #2 with consistent play, while the Flying Cordovas emerged as R48 superstars this season, winning four combined R48 titles and finishing third and fourth in the rankings. Marcos Chavez continued to defy his age, becoming the oldest player in R48 history (45) to finish a season in the top seven. 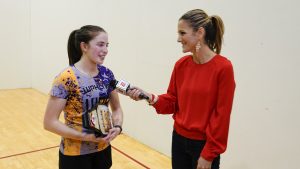 Catriona Casey completed her fourth undefeated WR48 season during her 2018/19 WR48 campaign, while winning her sixth consecutive WR48 Player’s Championship and sixth WR48 Season Points title for the #1 player on the WR48 tour. With 18 WR48 titles in 20 WR48 events, Casey is the most dominant player on the Race 4 Eight tour and quite possibly the most dominant athlete in the world. With two finals appearances and one third place finish, Ciana Ni Churraoin finished the season at #2 after starting her 2018/19 WR48 campaign unranked. Tracy Davis finished as the highest ranked American on the WR48 tour at #3, while WR48 rookie Fiona Tully stormed into the WR48 top four with back-to-back semifinal finishes in San Francisco and Salt Lake City. 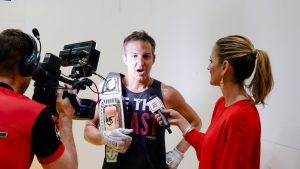 Check out all of the ranking below (Click to Expand) 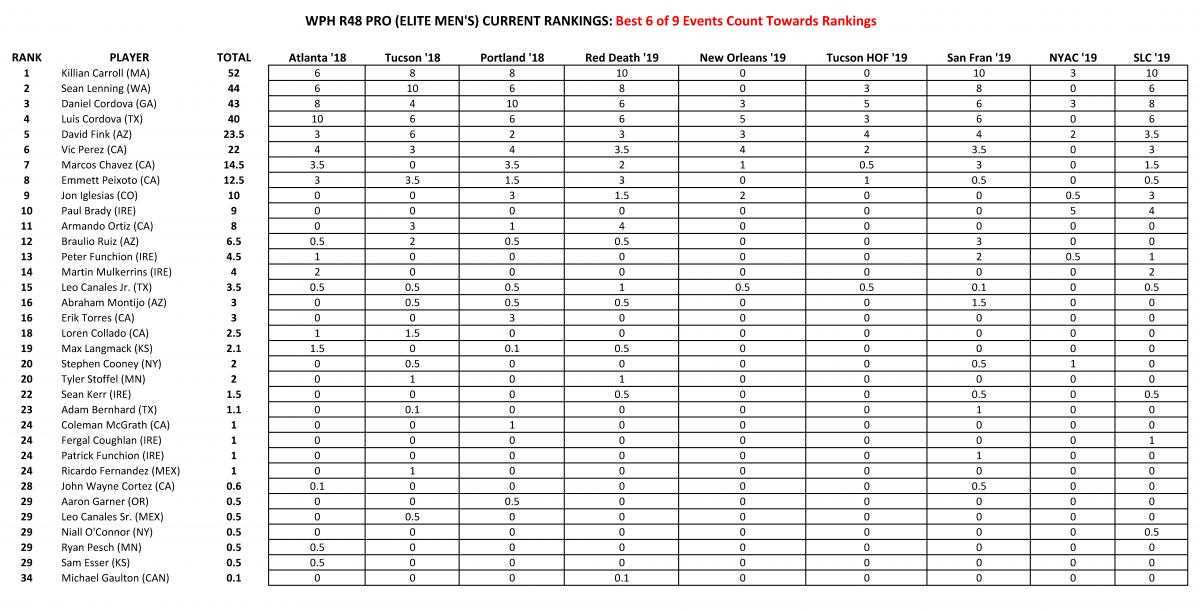