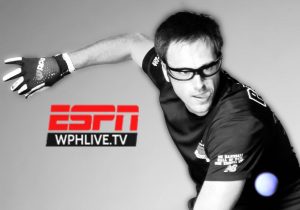 Tucson, AZ, WPH Press, 8/10/18– The Olympic Club’s Emmett “The Rock” Peixoto is an 18-year pro tour veteran and has the honor of representing Team USA in 4-Wall singles at next week’s World Championships. The Northern California product is no stranger to the world stage, having played in four world championships since 2006. Peixoto is one of the game’s craftiest stars, always finding ways to adjust and adapt to whatever strategy his opponents are imposing. Peixoto possesses one of the best all-around games in professional handball, with the ability to play offense, defense, and retrieve virtually every shot that is struck.

Peixoto takes his role as Captain America very seriously. “I started envisioning winning the World Championships when I was 12 years old. It has been a lasting dream of mine. I can’t wait to play this year, and I am truly blessed to represent the USA.” 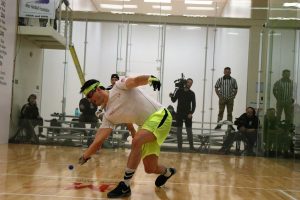 Peixoto has undergone a rigorous World Championships preparation routine, logging countless hours on and off the court to prepare his body and mind for the ultimate challenge. Peixoto trains with one of the country’s top strength coaches, Rocky Snyder, while also working out after grueling sessions with Snyder. Peixoto has also had the opportunity to practice against some of the world’s best players throughout the summer. “Irish star Colin Crehan spent the summer in the Bay Area, so I was able to play against him several times in preparation. He has excellent action on his serves and a dynamite off-hand, so it was excellent practice. I also play against Loren Collado, Erik Torres, and my long-time sparring partner and 35+ Doubles Teammate Chris Tico.” 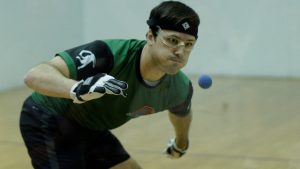 Peixoto has been careful not to peak too soon in advance of next week’s championships. “I have a tendency to peak a little early for WPH and other pro events. I am trying my best not to do this. I am not pushing myself to extreme levels this week as I prepare to peak for the tournament.”

Captain America appreciates the unique challenge of facing the world’s best in the strongest draw in World Championships history.  “It really fires me up. I love competing against the best…it makes winning more exciting, memorable, and outstanding.” 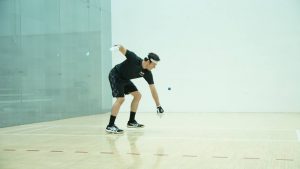 “The Rock” admits to feeling added pressure playing in World Championships, while also understanding his experience will make a difference. “I am trying to make the pressure work for me. My experience should help in terms of pressure. I have been here before and I know I can beat everybody out there. I just need to focus and push hard.”

Like most of his Race 4 Eight and Team USA peers, Peixoto sees R48 #1 Killian Carroll and five-time defending world champion Paul Brady as the biggest threats to take the title. “Paul and Killian are the biggest threats, but there are several players right now who also have a chance of winning.”

Captain America will play 2018/19 Race 4 Eight breakout star Max Langmack in the round of 32. A win against Langmack would see a Peixoto vs. Luis Cordova showdown, with the winner to likely play Paul Brady in the quarterfinals. Captain America has never faced Langmack, and despite playing on the Race 4 Eight tour together for seven years, Peixoto and Lucho have never played in a main draw match. “I’ll definitely study videos prior to the match in order to analyze each player and develop a strategy.”

Captain America is ready, are you?

Summary: Emmett Peixoto has been one of the sport’s top players since the early 2000’s and has consistently contended for the game’s biggest prizes. Known as “The Rock,” Peixoto is a throw back player in a predominately offensive era of pro handball, willing to rally, use the ceiling, and drive his opponents to the back court before seizing his offensive opportunities. Each Race 4 Eight pro knows he will need to bring his running shoes and hardhat to play “The Rock” because win or lose, Peixoto will take his opponents on a tour of the court and make every match a battle of skills and attrition