Do you have a question about the greatest game played with a ball?  Send it to Dr. Zimet at MDHandball@hotmail.com.  For more articles (and additional mental strategies) go to www.WPHLive.tv, menu option ‘Wrap Around’.

Wrap Around 10:  Understanding diverse motivations in the handball community

When a new acquaintance hears that I’m leaving town for a handball tournament, I’ve come to expect a weird look combined with surprise, reserved admiration, and curiosity.  Many consider competing in an athletic tournament as an adult bizarre.  After all, intense sport competition is for kids…right?  Grown-ups are too old, too tired, too injured, too busy…  The fact that you’re reading this likely means that you share my opinion: “that’s not the case for me!”  Of the minority of adults that exercise regularly, few participate in an activity that can be deemed ‘sport’ and only a minority of these can be considered a Masters athlete, which means training for and competing in organized tournaments.  So… why do it?  What motivates Recreational athletes, and what is it that uniquely inspires the Masters athlete?

Large differences are observed when comparing exercisers (athletes included) to non-exercisers.  While the motives of older athletes vary, it is clear that they tend to be self-determined and goal-oriented.  They hold lifelong values of skill improvement, fitness and health, achievement, and an appreciation of competition.  As children, they were much more likely to be physically active and play a sport.

Studies reveal physical, psychological and social benefits to playing a sport beyond exercise alone.  A lot of people, athletes included, don’t like exercise – they find it routine and boring. Sport has the added benefit of being an absorbing inspiring challenge, which translates into higher adherence or consistency in participation.  Sport provides opportunity for growth, learning, and achievement not found in exercise alone.  Perhaps most importantly, sport provides social opportunities; there is joy and a feeling of connection that comes from being a participant and member of the sport community.

Less well understood is what makes a Recreational athlete interested in becoming a Masters athlete.  Keep in mind that this distinction has nothing to do with skill or ability level; rather, it’s about the athlete committing to training and tournament play.  In general, Recreational athletes are less motivated by achievement success, they spend less time cross-training and practicing, and they tend to have higher anxiety associated with fears of failure.  Their participation in tournaments is largely motivated by social factors related to supporting the sport and being part of a community.  Elite athletes tend to have higher levels of perfectionism, are more prone to holding onto/ruminating over mistakes, are less risk-averse, and are more motivated by achievement outcomes – in short, their tournament participation is about winning.

Speaking to this point, a 2007 study by Nikola Medic and colleagues looked more closely at Masters athletes competing in track and field.  Her findings closely resemble what handball players have known for years.  First, the probability of setting a record for an age bracket was much higher in their first year entering an age category as compared to years 3, 4 or 5.  Perhaps speaking to this point, athletes were less likely to compete during the later years of eligibility in a specific age-bracket compared to the year they first gained eligibility.  This factor was particularly true for athletes over 65, which led to an interesting discovery.  For her sample, men over 65 became increasingly motivated by external rewards – winning tournaments or setting records.  Indeed, these achievement goals become increasingly likely considering the number of titles remains unchanged while the number of competitors declines.  Curtis and McTeer (1981) had a similar finding with long-distance runners, where 77% of their sample identified ‘goal achievement’ as a central motivation for participation.

Considered together, these findings suggest that we are likely to observe distinct player groups in the handball community whose motivations vastly differ from one another.  Can we leverage this information to help handball? I believe that by better understanding the needs of our players, we can more effectively target the needs of handball as a whole.

For example, for the Masters athlete motivated by tournament wins and records we can better track, report and reward specific accomplishments.  We can start by asking Master’s athletes what records they have accomplished, but to-date have received no recognition. Records (along with corroborating data) can be posted online and offer goals for future athletes to compete against.  For players primarily interested in opportunities for recreational competition, look to create new experiences by bringing together groups that might otherwise not interact.  For example, run a mix-and-match doubles event and BBQ or work with your local club to schedule a weekly open play-day. 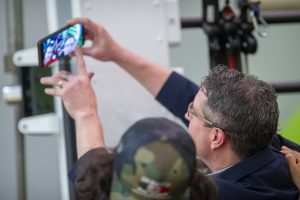 Both groups are interested in skill development.  Try soliciting more accomplished players as analysts or coaches and sell their time as part of a raffle or fundraiser.  Schedule a pot-luck and watch some of the WPH pro matches, or record and watch one of your recreational matches and give each other feedback (and good-natured ribbing).  Make sure to invite retired athletes who may no longer be actively playing!  In addition to being part of the handball family, retired players might be looking for an opportunity to return to the game and they can be a supportive resource to our community.

Take a moment to think about your career in handball and as an athlete.  Have your motivations shifted as you get older?  What do you think inspires you to participate in regular competition or to play?  Is there a better way to nurture those motivations?  If you have ideas, I’d love to hear them!  Feel welcome to email me your story at MDHandball@hotmail.com, and thanks for taking the time to read Wrap Around!