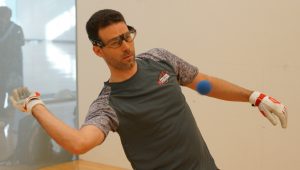 Houston, TX, WPH Press, 2/19/18- The WPH Race 4 Eight 7 professional handball tour is thrilled to host its fifth event of the R48 7 season, in conjunction with the USHA National Master Doubles Championships, March 8-11, 2018 at the Tellepsen Family Downtown YMCA, located at 808 Pease St., Houston, TX 77002. The R48 7 Houston will kickoff on Friday, March 9, with the R48 Houston qualifier starting at 9 am on Friday morning and the R48 main draw starting in the early afternoon on Friday.

The Houston R48 7 Stop #5 will feature the top eight ranked pros on the Race 4 Eight tour, as well as a deep qualifier draw with players from California, Arizona, Oregon, Minnesota, Colorado, New York, Canada, and Ireland in the fifth event of the R48 7 season. The country’s top masters 40+ players will also be competing in Houston’s Senior Race 4 Eight Pro, with several of the SR48 stars crossing over into the USHA National Masters Doubles.

Race 4 Eight #1 Killian Carroll (IRE) dominated the first three stops of the R48 7 season, dropping just two games in three events en route to taking a commanding points leads on the R48 7. Carroll appeared to be poised for his fourth title of the season, leading 9-0 in the tiebreaker of the Las Vegas final against R48 #2 Sean Lenning but was stunned by Lenning and one of the R48’s greatest comebacks en route to his first loss of the season.

Carroll will enter the R48 7 Houston as the favorite, but a suddenly white-hot Sean Lenning has now given the R48 #1 reason to pause. Joining Carroll and Lenning in Houston’s draw are Elite 8 stars Mando Ortiz (CA), David Fink (AZ), Luis Cordova (GA), Luis Moreno (AZ), Daniel Cordova (GA), and Marcos Chavez (CA), as well as a strong contingent of qualifiers.

“It looked like Killian might sweep this season, but Lenning’s incredible comeback in Las Vegas has given the tour a huge shot of energy,” stated WPH ESPN play-by-play announcer Dave Vincent. “After a number of thrilling matches in Las Vegas and sensational rivalries building this season, Houston is sure to produce fireworks.”

“Can’t wait to get back to Houston for a great Masters doubles event, where the players can also watch the game’s best at the R48,” stated USHA Development Director Matt Krueger. “Of course, celebrating (USHA supporter) Ron Emberg’s contributions to the game will be the icing on the cake!”

To watch the action from Las Vegas live on ESPN3 from March 10-11, go here

For more information and to enter the R48 7 Houston, go here

WPH RACE 4 EIGHT: The World Players of Handball’s Race 4 Eight 7 Powered by ESPN features seven stops, culminating with WPH R48 7 The Player’s Championship. Similar to Nascar’s Nextel Cup and the FedEx PGA Playoffs, players earn points in the Race 4 Eight’s first six stops to qualify for the season-ending Player’s Championship and bonus prizes. Atlanta, GA hosted the first stop of the season in October of 2017, followed by the Tucson Memorial in November. Montana’s Red Death was the third stop of the R48 7 season and first of 2018, with the R48’s first stop in Las Vegas serving as the fourth stop of the season in February. Houston will host the R48 for the sixth consecutive season in the season’s fifth stop, and New York City and Salt Lake City will present the final two stops of the R48 7 season, with Salt Lake City’s Aces stop serving the R48 Player’s Championship for the fourth time. 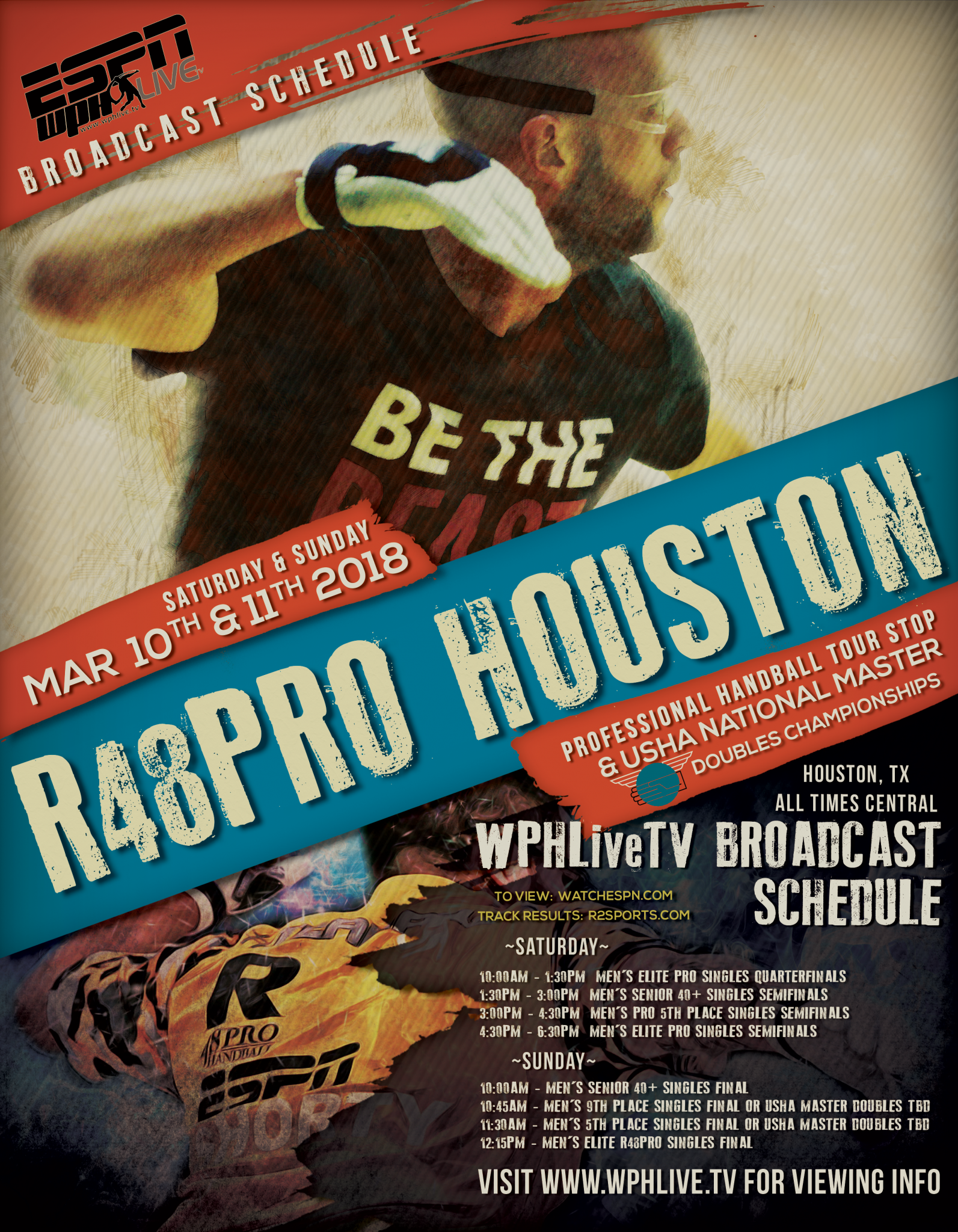