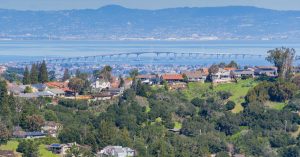 The former WPH #1 and 15-time Olympic Club champion Emmett “The Rock” Peixoto was bounced in the quarterfinals, opening the door for the next gen NorCal stars to shine. Top-seeded Anthony Collado and Jesse Ward marched to the final in the upper bracket without dropping a game, ousting Juan Carlos Ocampo and Lawrence Aguiar in the quarterfinals and Nacho Delgado and Hugo Lopez in the semifinals. 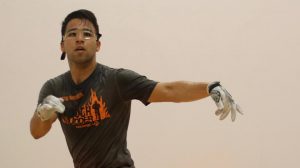 R48 #21 Erik Torres and Sean Haley were dominant in the bottom bracket, overcoming Jay Grenfell and Mieguel Negrete in the quarterfinals and Joel Vazquez and Salvador Olascon in the semifinals.

The final featured long and competitive rallies, with neither team able to separate from the other in the first half of both games. “Both games were about even halfway through but Sean and I were able to pull away and close both games out,” stated Torres, who was sporting a new hairstyle in San Mateo. “The match was played at a high level and we had tons of fun in all of our matches.” 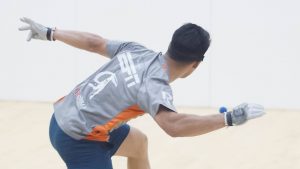 Torres fans will have to continue to wait for their hero’s debut on the 2018/19 Race 4 Eight 8 tour, as Torres missed Atlanta (October) to attend a wedding and will miss the Tucson Memorial next week to play doubles in Hawaii. “I just couldn’t pass up going to Hawaii with some of the NorCal guys next week,” stated R48 fan favorite Torres.