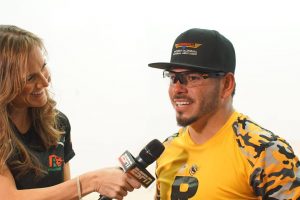 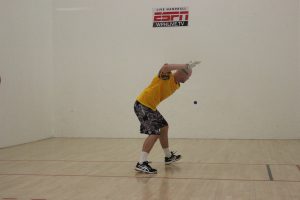 The R48 pros will be holding junior handball clinics, autograph sessions, and a number of interactive activities with the junior players competing in the USHA National Junior 4-Wall Championships, giving the rising stars an opportunity to watch and learn from the best in the sport. 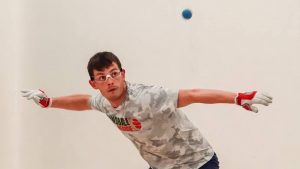 “The WPH held the 2016 Race 4 Eight Player’s Championship at the MAC in Portland and it was an sensational event,” stated WPH Executive Director David Vincent. “In our eight years and 51 Race 4 Eight events, I don’t think we’ve ever seen larger or more enthusiastic galleries than we saw at the MAC in 2016. The players feed off of that energy, and we saw some amazing handball as a result. With the USHA National Junior 4-Wall Championships being held in conjunction with the 2018 R48 Portland, expect even larger galleries and more electricity in the MAC!”

To watch the action from Portland live on the WatchESPN App starting on Saturday, December 29 and Sunday December 30, starting at 10 am PST, go HERE>

The Broadcast Schedule is posted below.  Please share with your handball lists.

WPH RACE 4 EIGHT: The World Players of Handball’s 2018/19 Race 4 Eight 8 Powered by ESPN features R48 stops in Georgia, Arizona, Oregon, Montana, Louisiana, Texas, and California, all culminating with The Player’s Championship in Utah in May of 2019. Similar to NASCAR’s Nextel Cup and the FedEx PGA Playoffs, players earn points in the Race 4 Eight’s regular season stops to qualify for the season-ending Player’s Championship and bonus prizes. 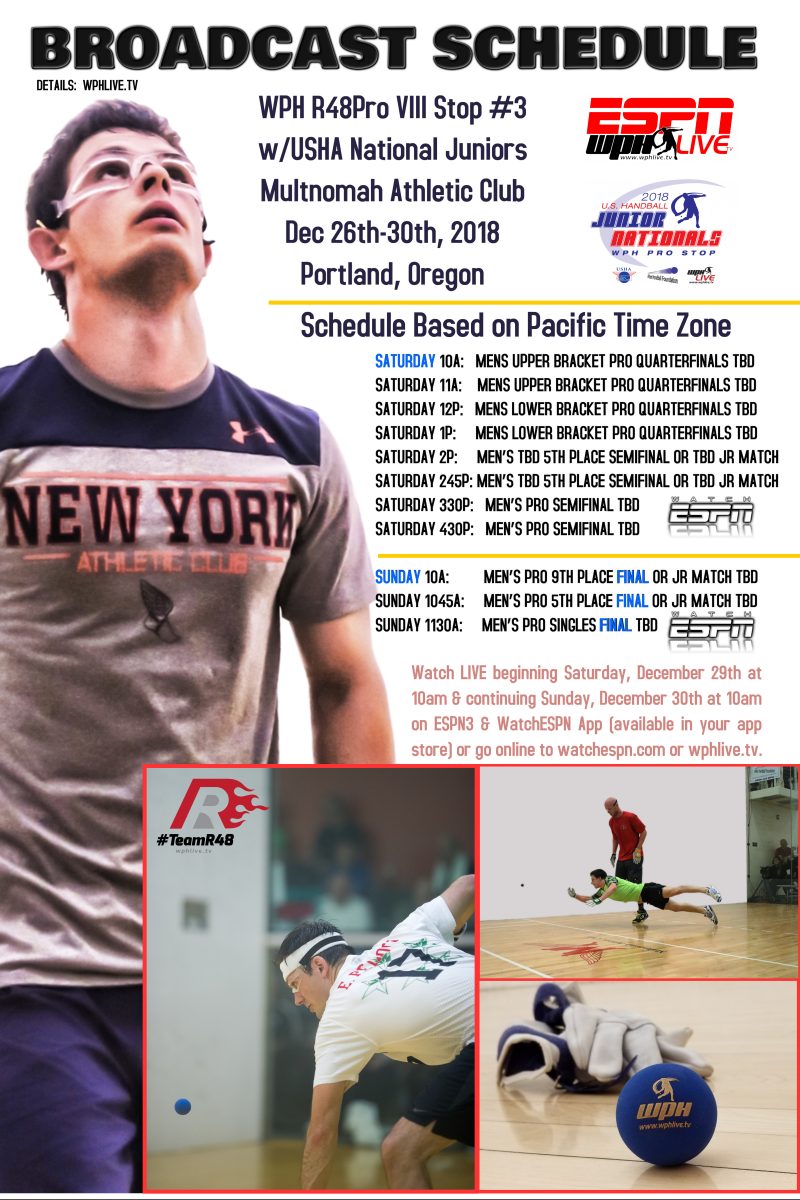