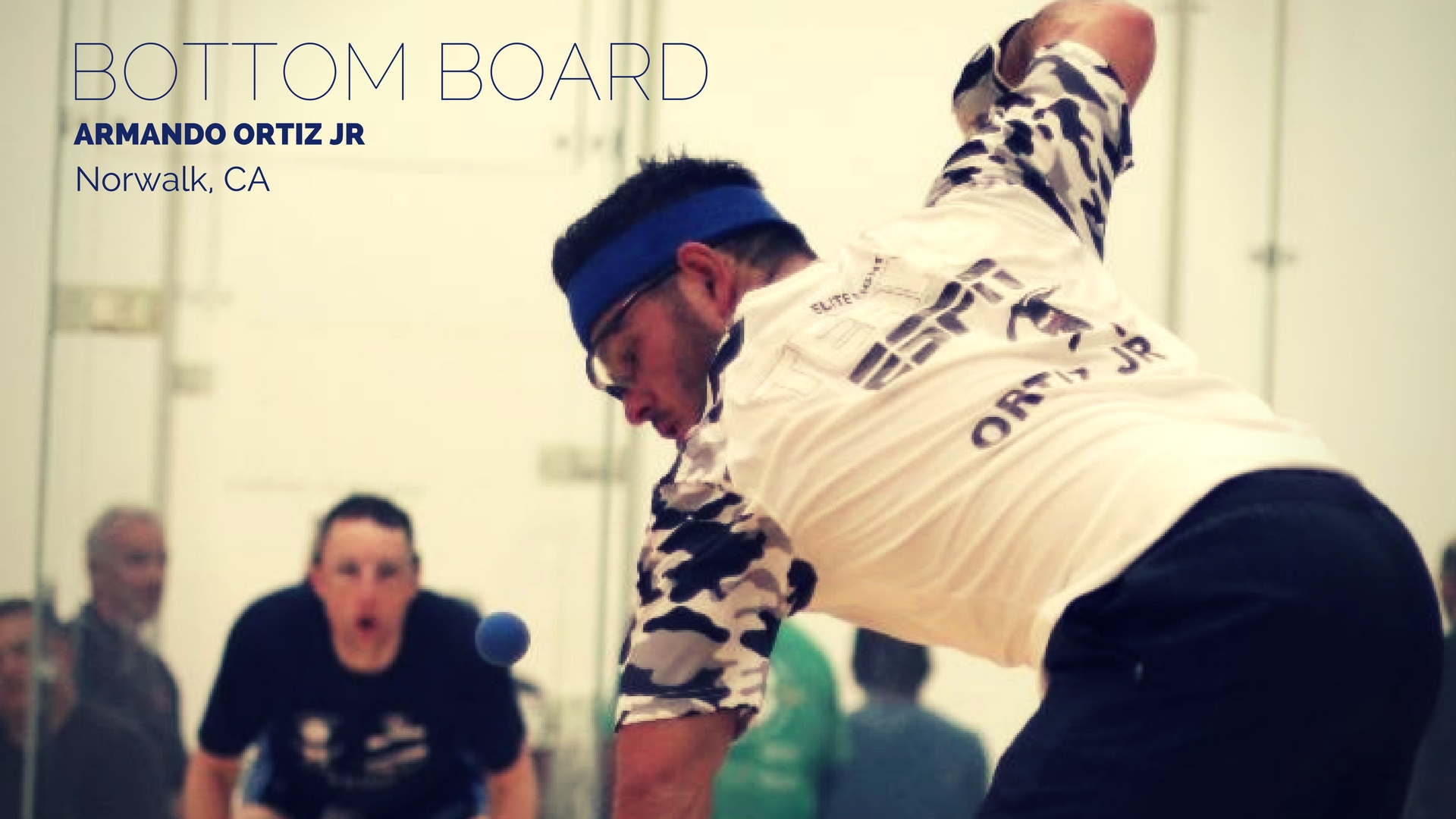 Strengths: two-handed offense, power, serve, ability to end rallies with either hand from anywhere on the court

Summary: Mando Ortiz demonstrated the ability to play with the best players in the world as a teenager, defeating then #1 Allan Garner and a host of other top players before turning 20. Ortiz experienced heart palpitations in his early 20’s and had open-heart surgery in 2010. Ortiz came back stronger than ever, defeating R48 #1 Paul Brady twice since 2014 and winning his first R48 title in January of 2016 in Houston by defeating four current or former WPH #1 pros along the way. Because of his ability to flat kill the ball from anywhere on the court with both hands and his magnetic personality, Ortiz is a fan-favorite everywhere he plays