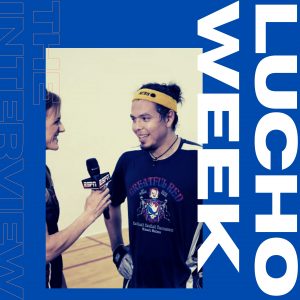 Lucho Week concludes with the exclusive interview: A Juarez Legend. Lucho burst onto the Race 4 Eight tour as a 20-year-old in 2011, eventually becoming the youngest player to finish a R48 Men’s Pro season inside the Elite 8 at 21 years old in 2012. Lucho missed the 2012/13 Race 4 Eight season to serve in the U.S. Army, eventually working his way back into the Elite 8 in 2016. After living in Florida to serve in the Army, Lucho relocated to Atlanta, GA for several years, working for handball ambassador and WPH Lifetime Award winner Lance Wachholz. Lucho’s love for El Paso/Juarez brought him back to his home in 2019, where he serves as a hero and inspiration for the handball-crazed region.

With his father, Lucho Sr. encouraging him, Lucho started playing handball at the age of 13, gradually becoming more serious into his teenage years. Lucho played basketball in high school but dedicated most of his time to handball. Lucho showed tremendous promise as a junior player, losing in the 15-and-under World Championship final to Diarmaid Nash and winning the Open Singles at the prestigious USHA Hall of Fame tournament as a 16-year-old.

In this WPH Patreon exclusive A Juarez Legend, Lucho Cordova discusses his start in the game, what it’s like playing handball in the handball-crazed cities of Juarez and El Paso, his inspirations to become a Race 4 Eight pro, his favorite pros to watch as a junior, the most influential person in his handball life, the moment he knew he could start winning Race 4 Eight events, his toughest rivals, his most satisfying moment on the court, his conditioning, the R48 title that has meant the most to him, serving as a hero to the Juarez/El Paso handball community, his advice for the aspiring generation of Race 4 Eight pros, and of course, plays some word association.

Can you describe what it’s like growing up and playing handball in El Paso and Juarez? 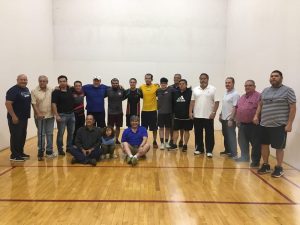 How much of the outdoor Juarez handball games have translated to your 4-Wall game?

I think I only have one shot I use from outdoor handball (stiff-arm right), but I regret it every time I use that shot so I actually wish I didn’t use it.

Who were your inspirations to become a Race 4 Eight pro?

I’m not sure any specific person inspired me.

Attending the pro stop that was held in Juarez I think in 2001 was what really inspired me to play and made me want to become a pro.

Today my inspirations are my sons Luis and Luan. I want to be the best so that they have a good example and they can be the best at whatever they choose to do when they grow up.

Who were your favorite pros to watch as a junior player?

Was there a moment that inspired you in handball?

The 2001 Pro Stop in Juarez inspired me for sure. 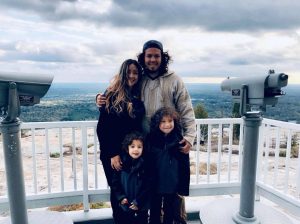 Who has been your most influential person in handball?

My dad for sure has been the most influential for me. He loves handball and used to make us play all the time and he would take us to all the tournaments he could so that we could get to know different players and get better.

Was there a player after whom you modeled your game?

I don’t think I play like any other player. I probably have taken shots from lots of players before and to this day when I see a good shot I’ll try to practice it and use it in games.

Can’t think of a specific moment but when I started getting wins against some of the top four guys is when I thought I had a chance to win some stops.

Who are your toughest rivals on the tour and what makes playing them so difficult to play?

Killian, Daniel and Sean. It’s sort of a boring answer since they are the best three players on the tour right now but I have had some crazy games with all three of them. With Killian and Daniel I have tough matches because they retrieve everything and I get a lot of shots also so it makes some of our games long and tough, especially with Daniel since neither of us really puts the ball away like Killian and Sean do. With Sean I’ve had probably even more tough matches on tour. Don’t know what it is exactly that makes us have tough matches but we seem to have close matches often. 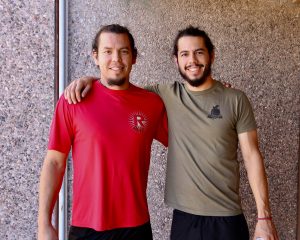 What has been your most satisfying moment in handball?

Winning the Atlanta Race Stop in 2018 for sure

What has been your most difficult match on the R48 tour?

The most exhausting match was probably a match against Daniel, either in the finals in Atlanta or in New Orleans this year. The toughest loss was probably losing to Lenning in Tucson (2018) in the semis. We had a very close tiebreaker and he went on to win easily the next day for a big payday so it made me feel like it could have been me.

At times you look tired on the court but your game never seems to decline. How do you maintain your conditioning to be able to play so many long rallies in matches?

I play a lot of handball. Not necessarily 4-Wall but a lot of handball in general. I think specifically the big court outdoor “Rebote” we play in Juarez is what helps my stamina. I run out of breath often but can recover quickly.

To read the est of this Interview, go to Patreon.com/wphlive and join-up as a pledge supporter of the WPH.