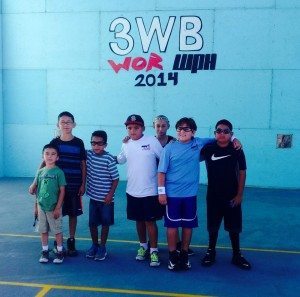 “The World Players of Handball could not be more excited to introduce handball to an enthusiastic group of youngsters at the home of 3WallBall,” stated WPH Master Instructor and Development Director David Fink. “The WPH/WOR 3WallBall Championships is the premiere outdoor event of the year and having the opportunity to work alongside racquetball and introduce youngsters to handball is the main priority of our organization. Don’t miss the clinic with several of the world’s top handball pros and instructors on Wednesday, September 23rd at 6 pm!”

Junior WPH prides itself on presenting the most fun, most educational and most structured junior handball clinics in the world. Every aspect of the game of handball is covered in all Junior WPH handball clinics, including the rules, the warm-up, stroke instruction, drills, drill-based games, group games, target-hitting competitions, and cross training. The goal of Junior WPH is to inspire the next generation of handball players. The World Players of Handball mandates that all of our instructors pass a rigorous series of exams before teaching clinics. 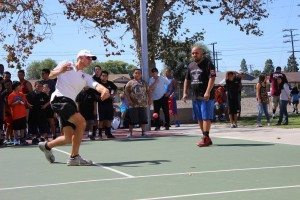 David Fink: Ranked as high as #2 on the WPH Race 4 Eight Pro Tour in early 2014, Fink combines a lifetime of handball experience with extensive knowledge of the game and working with youngsters. Fink wrote the WPH Coaching Manual and serves as the Junior WPH National Director. Fink coaches more than 100 junior handball clinics per year, while overseeing all aspects of Junior WPH 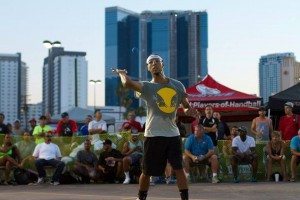 Timothy “Timbo” Gonzalez: Red Bull sponsored athlete Timbo Gonzalez is the undisputed #1 1-Wall Big Ball star in the world, recently winning the 1-Wall Big Ball Singles World Title in Calgary and New York City’s King of the Courts, two of the most prestigious titles in the sport. Not satisfied with just being the #1 1-Wall Big Ball star, Timbo has crossed over and excelled at 3-Wall Big Ball, winning multiple WPH Outdoor Doubles Yellow Jerseys and advancing to the finals of the 2014 WPH Outdoor Vegas LTE Pro Singles at the Stratosphere. Timbo’s talent and passion for 1-Wall and 3-Wall extends to coaching junior handball players, as he is one of the handball’s greatest coaches. Timbo coaches dozens of Red Bull and Junior WPH clinics each year in New York City, California and Nevada 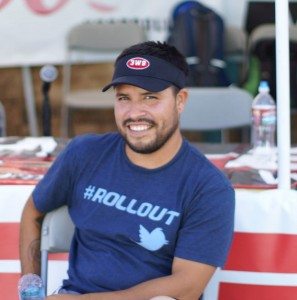 Shorty Ruiz: Widely regarded as one of the most exciting and dynamic players in handball, Shorty Ruiz generates electricity and buzz in every match he plays. Ruiz proved that he is one of the sport’s elite, slamming the WPH/WOR 3WallBall singles and doubles in 2011. Ruiz brings the same enthusiasm and passion for playing as he does coaching junior players, making learning and playing the game fun for junior handball players of all levels 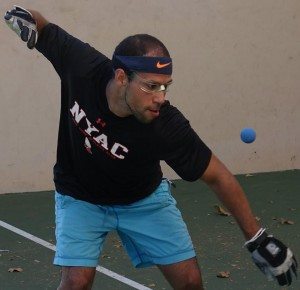 Jonathan Iglesias: Iglesias travels the world playing and coaching handball, as his passion for the sport is matched by very few. Ranked inside the top 12 on the WPH Race 4 Eight tour, Iglesias is a fixture on the professional handball circuit. Combining the love for the sport he developed on the 1-Wall courts in New York City as a youngster with coaching the next generation of players has made Iglesias one of the game’s premiere instructors, as he has hosted successful and enjoyable clinics in New York, Costa Rica, California, and Arizona in the last year.