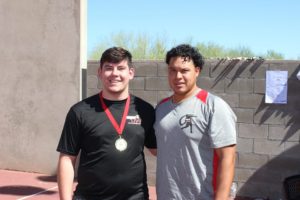 Tucson, AZ, WPH Press, 10/15/17- More than 20 youngsters from Phoenix, Arizona State University, Pima College, and the Fred Lewis Foundation competed in the WPH Outdoor Battle I at Tucson’s Pima West College, producing a number of exciting 3-Wall matches and inspiring sportsmanship and camaraderie among the youngsters. 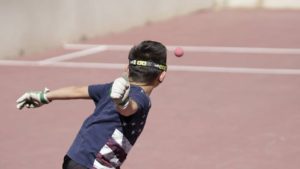 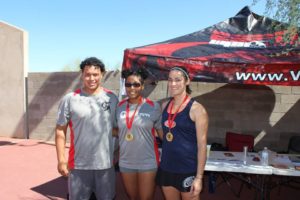 “We are so grateful for Fred Lewis and Abraham Montijo for sending a group of their Fred Lewis Foundation youngsters to the Battle I, as well as Arizona State’s Dan Willeford for driving three of his team members to Tucson to participate,” stated WPH Development Director David Fink. “We saw seasoned junior stars with national championships, juniors playing in the first tournament, and all levels in between at the Battle I. The common denominator was that each of the youngsters had a great time and developed friendships that they’ll maintain for years to come.” 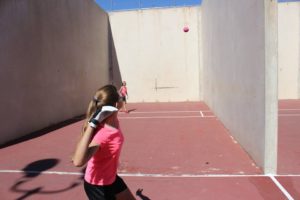