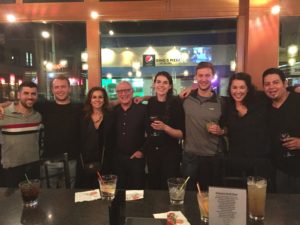 Pittsburgh, PA, WPH Press, 10/21/17- Pittsburgh hosted the second R48 qualifier of the R48 7 season, with top stars from Pennsylvania, New York, Ohio, Illinois, Minnesota, Canada, and Ireland vying for direct entry into the R48 7 Montana (January), Las Vegas (February), or Houston (March). With guaranteed R48 ranking points on the line for the winner, the action was intense during the one-day event at Pittsburgh’s Amerifit Handball Club.

Ireland’s Stephen Cooney entered the event as the highest ranked R48 pro in the event (#16) and played flawlessly en route to the final. The two-time RFC champion felt at home on Amerifit’s show court, ousting Cleveland’s Joe Frankenfeld in the quarterfinals and Pittsburgh Qualifier’s co-MVP Charlie Lemus in the semifinals.

Ryan Bowler made his 13th trip to Amerifit and was seeking his first title at the home of the RFC. Canada’s top-ranked R48 pro in history (currently #19) played at the top of his game en route to the final, setting aside a poor performance at the R48 7 Atlanta two weeks ago. Bowler was clinical in eliminating Pittsburgh’s Joe Delsardo in the quarterfinals, then overcame Canadian rival Michael Gaulton in the semifinals to face the “Coon Dogg.” 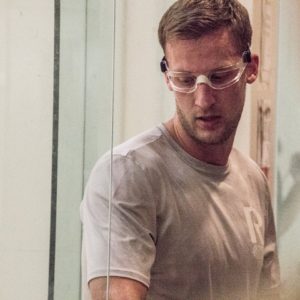 Cooney and Bowler last met at the 2016 RFC, with Cooney eking out a 25-23 victory. With both players exhausted after grueling quarterfinal and semifinal matches and long drives to Pittsburgh, the final became a battle of attrition. Cooney took control in game one, continuing to play the top-level ball that saw him notch a top 10 finish in Atlanta two weeks ago. Cooney applied his deadly accurate re kill and back wall kill to take game one and continued to control the action in game two. “I slogged it out,” stated Cooney. “Ryan can suck you in if you’re not careful, so I had to switch it up. I was battling a bad chesty cough that left me with little energy but still managed to play well in patches.” “We were both struggling a bit (physically),” stated Bowler. “Stephen was able to dig deep for a bit more energy and pull through.”

With the victory, Cooney claimed his third title in Pittsburgh, while earning travel assistance and direct entry to Montana, Las Vegas, or Houston (His Choice).

Michael Gaulton defeated Pittsburgh star Mike Semplice before losing to Bowler in the semifinals, while Charlie Lemus defeated rising star Ivan Burgos in the quarterfinals before falling to Cooney in the semifinals. The third place final produced one of the best matches of the event, as Lemus and Gaulton went back and forth before Lemus ultimately crossed the line first, 25-23.

Hilary Rushe played sensationally in advancing to the 5th place final, as did Rob Bell. Bell improved with each match after losing to Semplice and took fifth with a victory against Rushe. 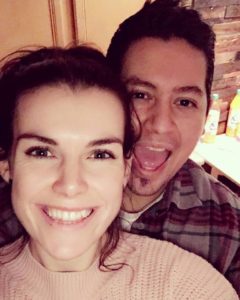 MVP: Pittsburgh’s R48 Qualifier produced two MVP’s, as Chicago’s power couple Charlie Lemus and Hilary Rushe played outstanding handball in claiming third and fifth, respectively. Not even committed to the event until two days before the event, the power couple made the 460-mile trip from the Windy City to the Steel City to combine for a 5-2 record. 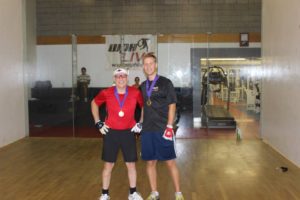 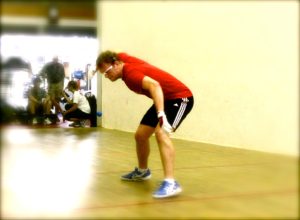 To watch match replays from the Pittsburgh R48 Qualifier, go to Team Cleveland Handball on Facebook. Thank you to WPH Ace of the Month Art Haffner for filming and streaming live throughout the day! 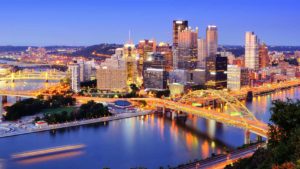 Thank you to Team Pittsburgh for hosting an incredible event. Amerifit manager Mike Semplice provided all of the hospitality throughout the day for the players, while Rodney Fink, Joe Delsardo, Mathieu Pelletier, and Kirk Rys ran the courts, hosted players, and ensured the event was a huge success. Thank you to the players from five states and three countries for playing in the event. Thank you to Art and Louise Haffner for filming. Congratulations to Stephen Cooney for emerging victorious!