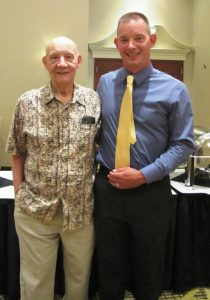 John Joseph Bike passed peacefully at the age of 86 on the morning of February 15, 2020 in Victorville, CA.

John was born on September 24th, 1933 in Bridgeport, CT. Like his father, from an early age he loved and excelled at sports. He was a top performer on the Central High School football and basketball teams, played football and boxed in the US Army as a Corporal in Germany in the mid 1950’s, and played second base for the nationally ranked Paramount softball team (for which he was inducted into the CT Softball Hall of Fame in 1982). In the 1960’s at the Bridgeport, CT YMCA he began playing handball, a game that he would play for over 50 years, and a game that led to many great lifelong friendships. John won numerous handball tournaments over the years including 3 national championships:

John met his future wife Maureen Jones at the Berkshire resort, Eastover, in the summer of 1963. Two years later, they wed in Germantown, NY on September 4th, 1965, building a great life together, and perfectly complementing each other.

John was a man of great character, and often chose to lead by example, but John was also always available with helpful tips like: “drink your water”, “move your feet”, “play your game”, “use a slantboard”, ”jump rope”, “take a little hop”, “use a punching bag”, “put a little english on the ball”, and “throw the inshoot”. If you did those things, you were “cooking with gas”.

He was a 40 year member of The Plumbers and Pipefitters Local 177, ultimately starting his own business, B&B Controls, with Maureen, before retiring to Tucson, AZ in 1998. While enjoying retirement he discovered the benefits of the Tucson Racquet and Fitness Club as not only a place to play handball, but to develop lasting friendships with fellow players along with the members of the exercise classes which sustained him. One close friend from the club remembers him as “a warrior with a big heart; a man’s man with a gentle touch”. 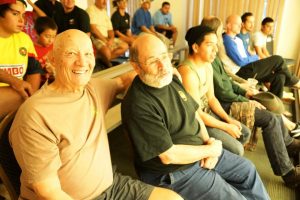 John will be remembered most for his deep love of family and the values and character that he bestowed upon them. He felt enormous pleasure in being with his children and all his grandchildren, taking great pride in their academic and athletic accomplishments.

Donations may be made in his name to the Cure Alzheimer’s Fund (curealz.org).