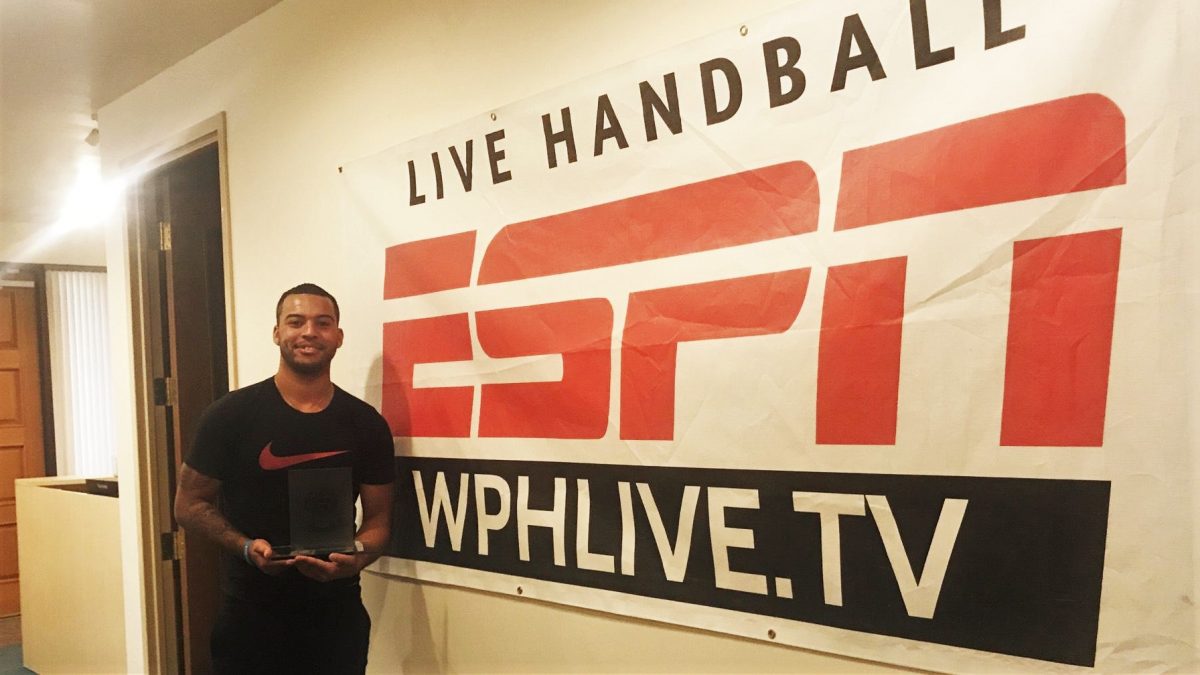 Timothy Gonzalez won the X Fest in Vegas this past September and then claimed his trophy with a recent visit to the WPH Studios on Sunrise Drive in Tucson, AZ, just after taking first in the Men’s Pro Big Ball Doubles at the Memorial (past weekend).  “I wanted to come to your offices for some time now,” Gonzalez said, as he was handed his X-Fest Trophy.  “I like what you guys do, DV, and I want to be apart of it.”

Gonzalez, like many others who visit Tucson, Arizona, leave the city wishing that they could relocate.  “If you’re hiring, let me know.  I’d be here tomorrow!”