The LAAC Clinches the Manning Cup 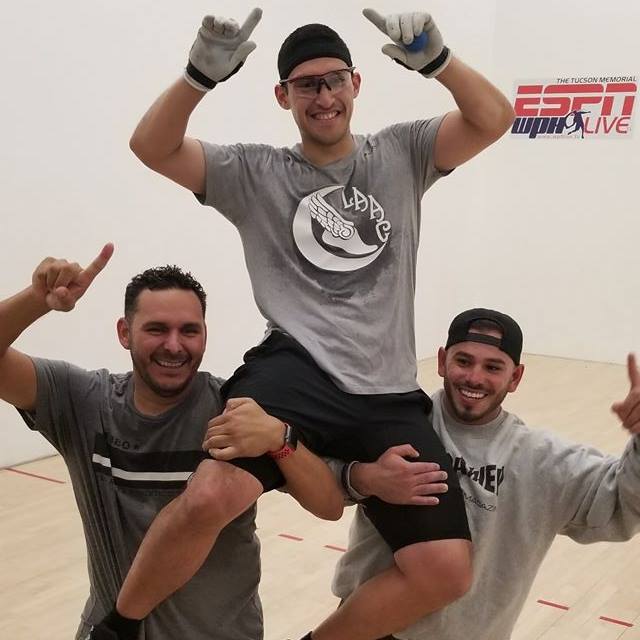 Tucson, AZ, WPH Press, 11/9/17- Tucson’s ’17 Memorial tournament kicked off with the Manning Cup, pitting the best handball cities/clubs from the U.S., Mexico, Canada, and Ireland in a special Ryder Cup style team format honoring WPH film crew superstar Ben Manning. Team Tucson, Team LAAC, Team NYAC, Team Canada, Team Juarez, Team SoCal, and Team NorCal were all vying to win the first Manning Cup and holding claim to the perpetual Manning Cup trophy, which like the Stanley Cup, is kept for 12 months by the winning team. Each Manning Cup match included two singles matches and one doubles match, with the team securing two victories moving on to the next round. Each team featured a minimum of three players and three players playing in each match. 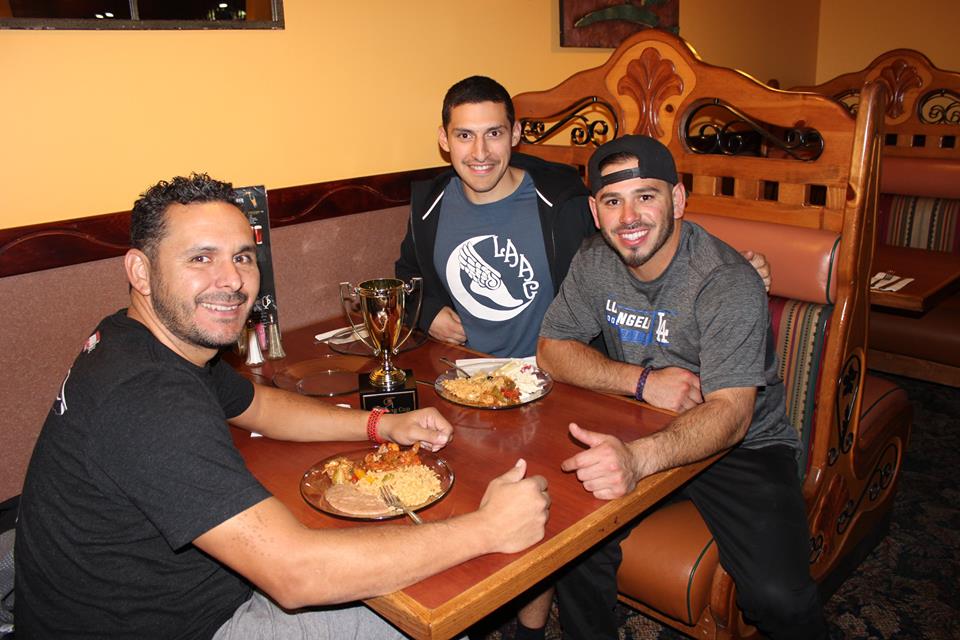 Team Tucson cruised to the final with a sweep against Team Juarez, while Team LAAC and Team NYAC split singles matches (NYAC-McCarthy def LAAC-Ortiz 17-3, LAAC Perez def NYAC Cooney 17-6) to setup a doubles match for a spot in the final. The LAAC’s Marcos Chavez and Mando Ortiz overcame the NYAC’s feisty team of Stephen Cooney and Jonathan Iglesias to advance to the final, 17-11.

Team Tucson took a one-point lead in the final when Team Tucson’s David Fink defeated Team LAAC’s Mando Ortiz. Team Tucson stood just four points from the title at 13-13 in the doubles, as Team Tucson (Lenning/Montijo) battled Team LAAC (Chavez/Perez). Chavez and Perez kept the LAAC alive by winning four of the next five points to force a third match.

The third match pitted Team LAAC’s Vic Perez against Team Tucson’s Shorty Ruiz. Ruiz and Perez played close for the first 10 points of the match, with both players battling to a five-all tie. Perez took over from there, taking a 9-6 lead at halftime and never allowing Ruiz to serve in the second half, clinching the cup for Team LAAC. 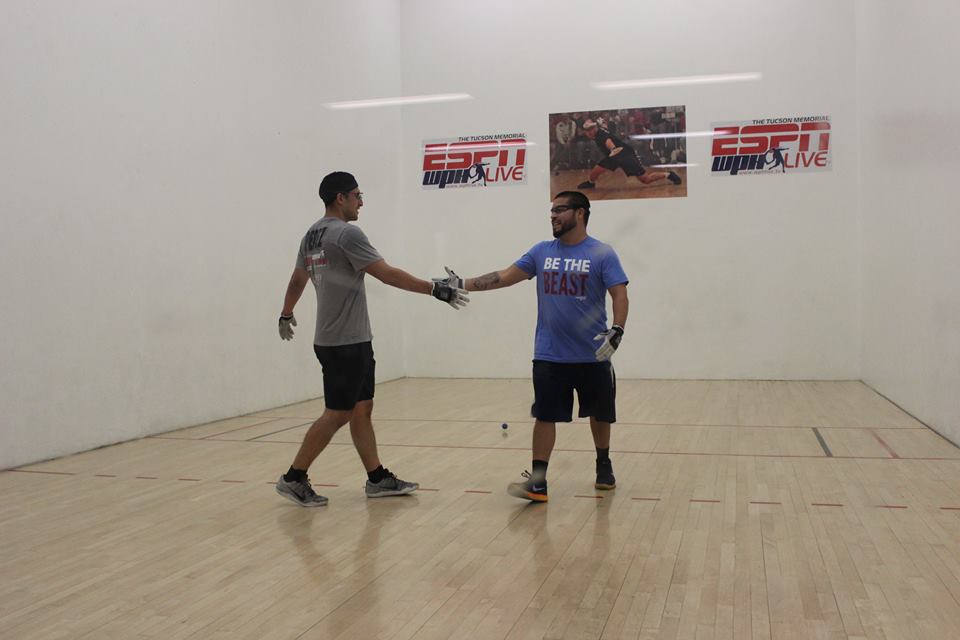 “We want to thank all of the players from all six teams for putting on a great show and traveling to Tucson early to compete in the first Manning Cup,” stated Manning Cup director David Fink. “We are proud to identify the best handball city in the country and honor our WPH film crew superstar Ben Manning. Congratulations to Team LAAC for a great performance.”

“We’re really proud to have represented the Los Angeles Athletic Club and to have won the first Manning Cup,” stated LAAC team captain Marcos Chavez. “We take a lot of pride in playing for the LAAC and it means a lot to us to that we’ll display the Manning Cup trophy at the LAAC for the next year.” 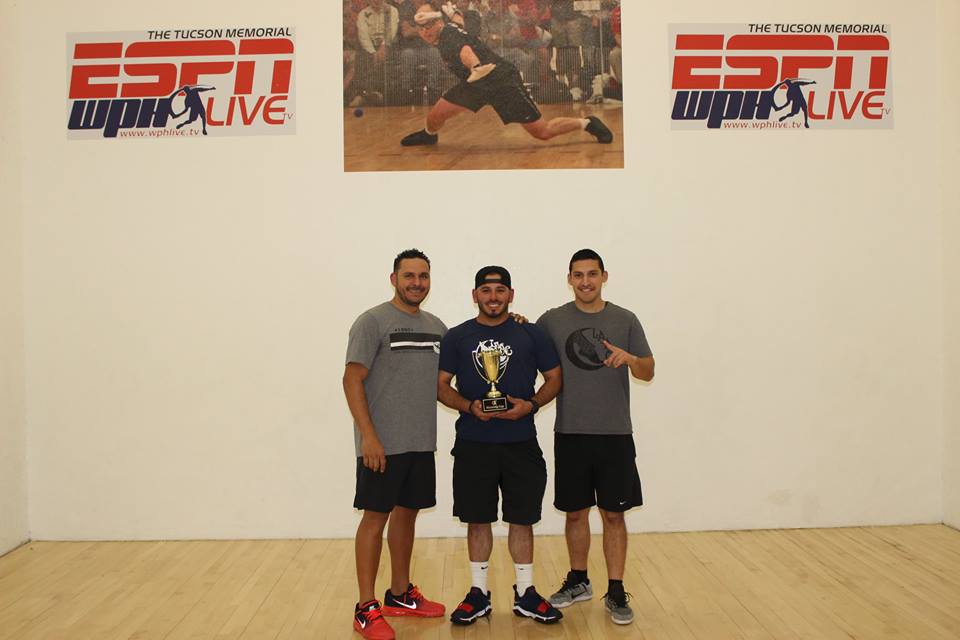