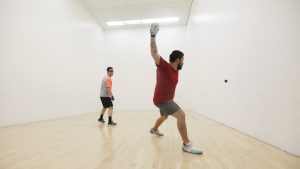 Just as he had done three months ago at the Memorial, Fink overwhelmed Canales Sr. in the upper bracket semifinals to advance to the final. 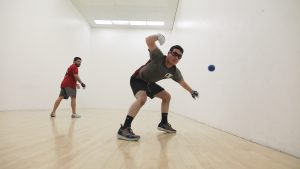 Canales, Jr. was seeking his first win against Shorty Ruiz in the bottom bracket semifinal and was in the driver’s seat with a 13-10 lead in game one. Ruiz erased the deficit with three highlight reel kills and made the shot of the game at 13-all with Canales serving, hitting a left corner mouse to earn the side out. Ruiz closed out the first game on a five-point streak, taking a one–game lead.

Canales dominated game two to force a tiebreaker and maintained his momentum early in game three, grabbing a quick 3-0 lead. Ruiz caught fire, scoring seven consecutive points to take a 7-3 lead. Canales called a timeout and regrouped, going on his own seven-point run. Canales would not relinquish control from there, closing out Ruiz for his first win against a top 10 R48 pro. 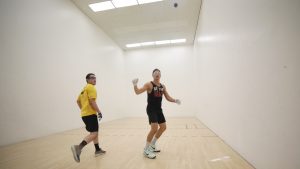 Fink and Canales Jr. took the court immediately after the semifinals, eschewing any rest between matches. Fink surged to a 14-3 lead in game one behind power hop serves that yielded points or weak returns. Canales scored four points in a row but was unable to seriously challenge, dropping game one 15-7.

Fink maintained control in game two, pushing Canales into the back court and executing kill when given the opportunity. Fink closed out the match to earn the first Pre LTE Super Bowl title.

“Fink’s serves were really coming out with a lot of hop and staying off the back wall,” stated Ruiz.

“This isn’t a yellow jersey event, but if it were we would put GRONK on the back,” stated Dave Vincent.

Thank you to the Canales’ for making the four-hour drive from Juarez to compete in the Pre LTE Super Bowl Singles. Thank you to all of the AZ players for playing and the great TRC crowds. 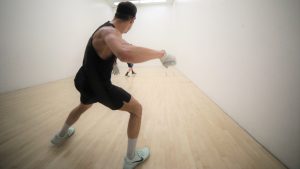 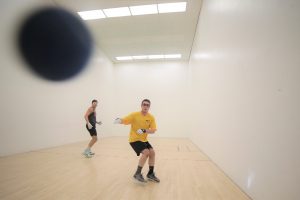 To watch tselect he matches, go to the #TeamR48 page on Facebook 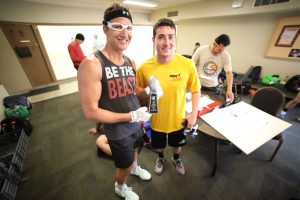