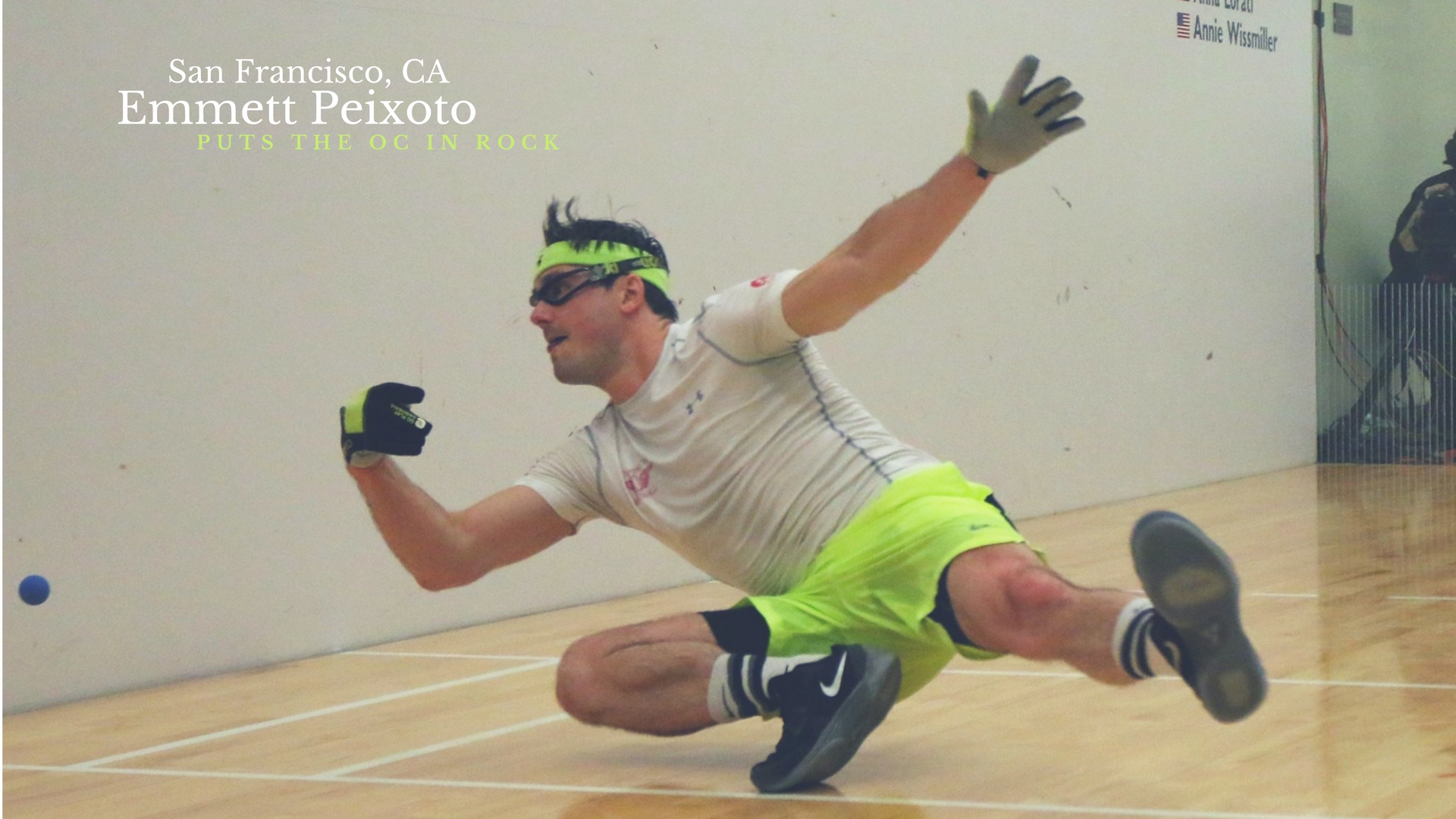 Summary: Emmett Peixoto has been one of the sport’s top players for the past 15 years and has consistently contended for the game’s biggest prizes. Known as “The Rock,” Peixoto is a throw back player in a predominately offensive era of pro handball, willing to rally, use the ceiling, and drive his opponents to the back court before seizing his offensive opportunities. Each Race 4 Eight pro knows he will need to bring his running shoes and hardhat to play “The Rock” because win or lose, Peixoto will take his opponents on a tour of the court and make every match a battle of skills and attrition