Dr. Z: Mastering All Codes Through Mental and Physical Toughness 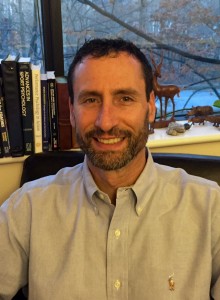 Hometown: Grew up in Calverton, Maryland – original courts: 1-wall in Wheaten, then 3-wall in Columbia.

Favorite all-time player: Paul Williams. Hands down he has had the greatest impact on the game during my lifetime and he represents everything I love about the game. Honesty, integrity and sportsmanship on and off the court, huge heart and drive as a player, and he remains incredibly generous and effective in bringing people into the game.

Most satisfying victory: Breaking through in a close tie-breaker win over Kendall Lewis at the 2014 4-wall National Masters. Kendal had beaten me every prior singles match dating back to the 1-wall Nationals in 1992.

Favorite shot: Fly kill. Particularly the ‘statue of liberty’ shot…you set up to fly kill with your right hand to the left, then drop the shot into the right corner from shoulder height, arm extended like you’re holding the torch. A 1-wall special my father delivered with flare!

Why Handball: Started as a 3rd generation player, so I was able to be on the court with my brother, father, uncle and grandfather. I kept playing because of the people. I continue to play because it’s the most overall challenging game I have played, so it keeps me interested and in shape.