Catriona Casey has dominated the WR48 in a similar fashion to her male counterpart, Paul Brady. Through six Women’s Race 4 Eight tournaments since the start of the tour in 2013, Casey has won all six events, and in 19 matches, has lost just one game. Casey will have to contend with her greatest rival, Aisling Reilly, in Salt Lake City, as well as a host of the top women’s players in the sport.

The 2015 WR48 NYAC marked the first event in WR48 history (6) in which no American women advanced to the semifinals. In three WR48 events this season, just three of the 12 semifinalists have been American (Davis x 2, Daskalakis). 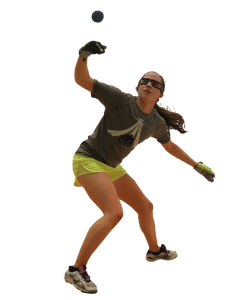 Through three victories on the WR48 II tour, Casey has outscored her opponents 318-76, an astounding 4:1 against the best players in the sport. Casey has played 19 games on the WR48 II tour, dropping just one (Ni Churraoin). Between the semifinals of San Francisco and the semifinals of New York, Casey scored an astonishing 76 consecutive points against her four opponents, including a 30-0 thrashing in the finals of San Francisco 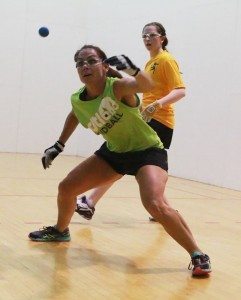 Leading up to the 2015 WR48 NYAC, Jessica Gawley had been one of the WR48’s most consistent performers, finishing in the top five of the first five WR48 events held. Battling dizziness in New York, Gawley was unable to perform anywhere near her best, dropping both matches she played. Gawley will unquestionably be motivated to redeem herself in Salt Lake City, as she will be aiming to finish the season as the #2 ranked WR48 pro

Daskalakis has emerged as a star on the WR48 tour this season, climbing to #4 on the WR48 rankings with impressive victories over Tracy Davis and Yvonne August. Daskalakis is a cross over star, as she is one of the top women’s 1-Wall and 3-Wall small ball and big ball players in the sport. Daskalakis is one of the game’s most exciting players, possessing an incredible left hand and variety that has earned her the top American ranking on the WR48 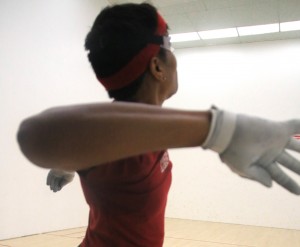 Possessing more national titles than anyone in the event, Davis is a proven winner. Titles in small ball and big ball 1-Wall and 3-Wall, as well as consistently being ranked in the top five on the WR48 tour have established Davis as the greatest all-around handball player on the planet. Davis has struggled with a shoulder injury throughout this WR48 season, but appears to be healthy for Salt Lake City 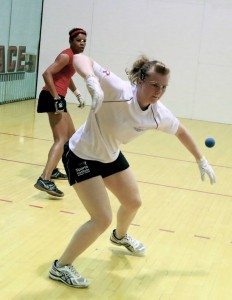 Reilly will be making her second WR48 II start of the season, losing in the finals of her first start at the 2014 U.S. Open to Catriona Casey. Reilly and Casey have played one another in the finals of virtually every major final since 2013, with the pair trading victories until Casey’s five-match winning streak in the from April of 2014 to January of 2015. Reilly emphatically ended Casey’s winning streak in March’s 2015 All Ireland Senior Championship, defeating Casey 21-15, 21-11. Reilly will undoubtedly carry the confidence from her All Ireland Senior Championship to Salt Lake City, where she will attempt to defeat Casey for the first time on American soil since the finals of the 2013 USHA Four Wall National Championships

McMahon enters Salt Lake City on the heels of her career best 3rd place WR48 finish in New York. McMahon possesses one of the smoothest and most graceful games in pro handball, generating effortless power and remarkable ambidexterity. McMahon has the ability to end rallies from anywhere on the court, particularly with her spectacular left hand. McMahon could be a bracket buster in Salt Lake City!

August returned to pro handball after an 11-year layoff at San Francisco’s WR48 II Del Grande Dealer Group’s Stop #2 and nearly upset then WR48 #3 Tracy Davis. August claimed sixth place in both of her WR48 starts this season, with impressive victories over Shirley Chen, Jean Kastner and Maria Dugas in San Francisco and New York. Demonstrating more intensity than virtually anyone on any of the three Race 4 Eight tours, August will be entering Salt Lake City with momentum and a burning desire to finish the season in the WR48 “Fab 4”

Despite making just her second WR48 start in Salt Lake City, Moler is no stranger to playing the best players on the biggest stage. Ranked as high as number two on the WPH Women’s Outdoor tour, Moler owns 4-Wall victories over Tracy Davis and Martina McMahon, proving that she can defeat the best in the women’s game

Kastner was a staple on the women’s pro tour in the mid 2000’s, picking up wins against some of the game’s top players and multiple national doubles championships. Kastner took a break from the tour to focus on her career and is excited to return this season. Competitive and supremely athletic, Kastner still has the game to trouble the best in Salt Lake’s outstanding WR48 field

To watch all of the action from Salt Lake City, tune into race4eight.com on Friday, April 17th and the Watch ESPN App (http://espn.go.com/watchespn/) on Saturday, April 18th and Sunday April 19th. The WPH Aces Player’s Championship is the culmination of a sensational Race season that has featured unparalleled dominance by Catriona Casey and Paul Brady and the emergence of new stars Daniel Cordova, Stephen Cooney, Danielle Daskalakis and Martina McMahon. 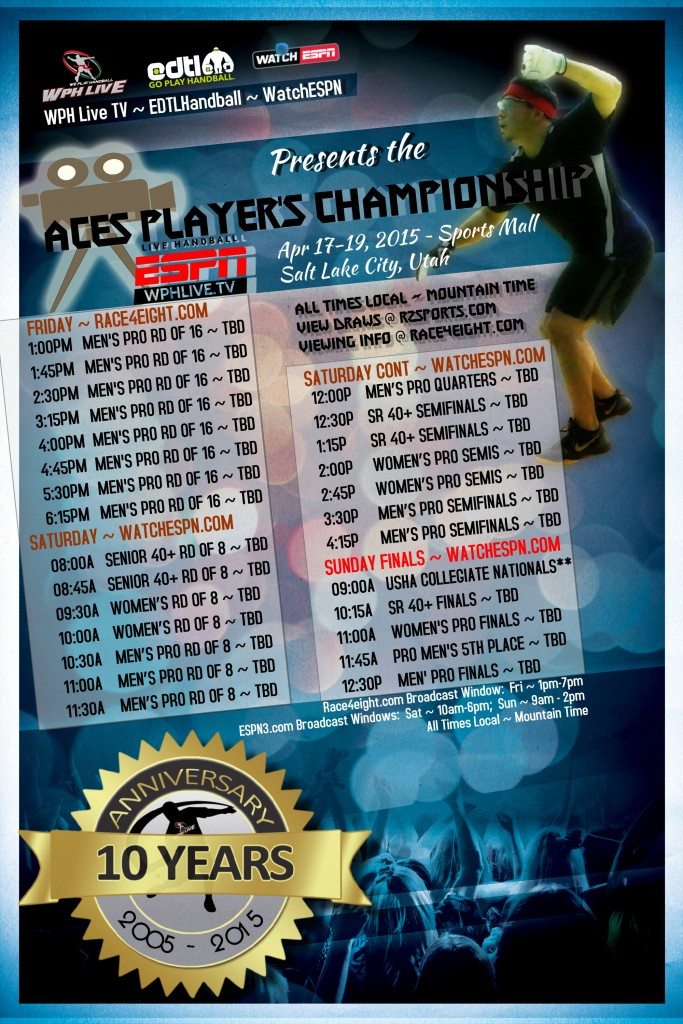