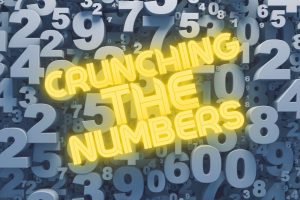 Stephen Cooney faced Race 4 Eight rival Vic Perez in the semifinals in the 2017 R48 Atlanta 9th place playoffs at the Recreation ATL, with both R48 stars aiming for a solid start to his 2017/18 Race 4 Eight season in the season’s first start.

Cooney qualified for Atlanta by defeating Juarez’s Marcos Renteria, while Perez was part of Atlanta’s invited Elite 8. Both Cooney and Perez lost their round of 16 matches to drop into the 9th place bracket. The NYAC’s Cooney defeated Shorty Ruiz to advance to the 9th place semis, while Perez overcame the Next Gen’s Tyler Stoffel. Cooney had defeated Perez two years prior in the 2015 NYAC 9th place semis and was aiming for his second win against the LAAC’s Perez.

Let’s Crunch the Numbers in this NYAC vs. LAAC east coast vs. west coast showdown.

Cooney did not hit an ace until late in the second half, then struck consecutive aces to point the match out of reach. Perez struck three aces in four serves during a first half comeback

Both players capitalized on weak returns effectively, with Cooney winning 7 of his 25 points with his first strike (28%), while 7 of Perez’s 17 points (41%) came from his first strike

….analyze the rest of these stats and watch along on Patreon.com/wphlive.