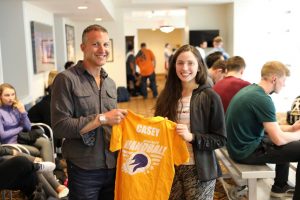 “I love playing on the WR48 tour and being able to travel across the U.S.,” stated Casey. “I can’t believe it’s been six years since the tour started. I’m looking forward to many more great WR48 events.”