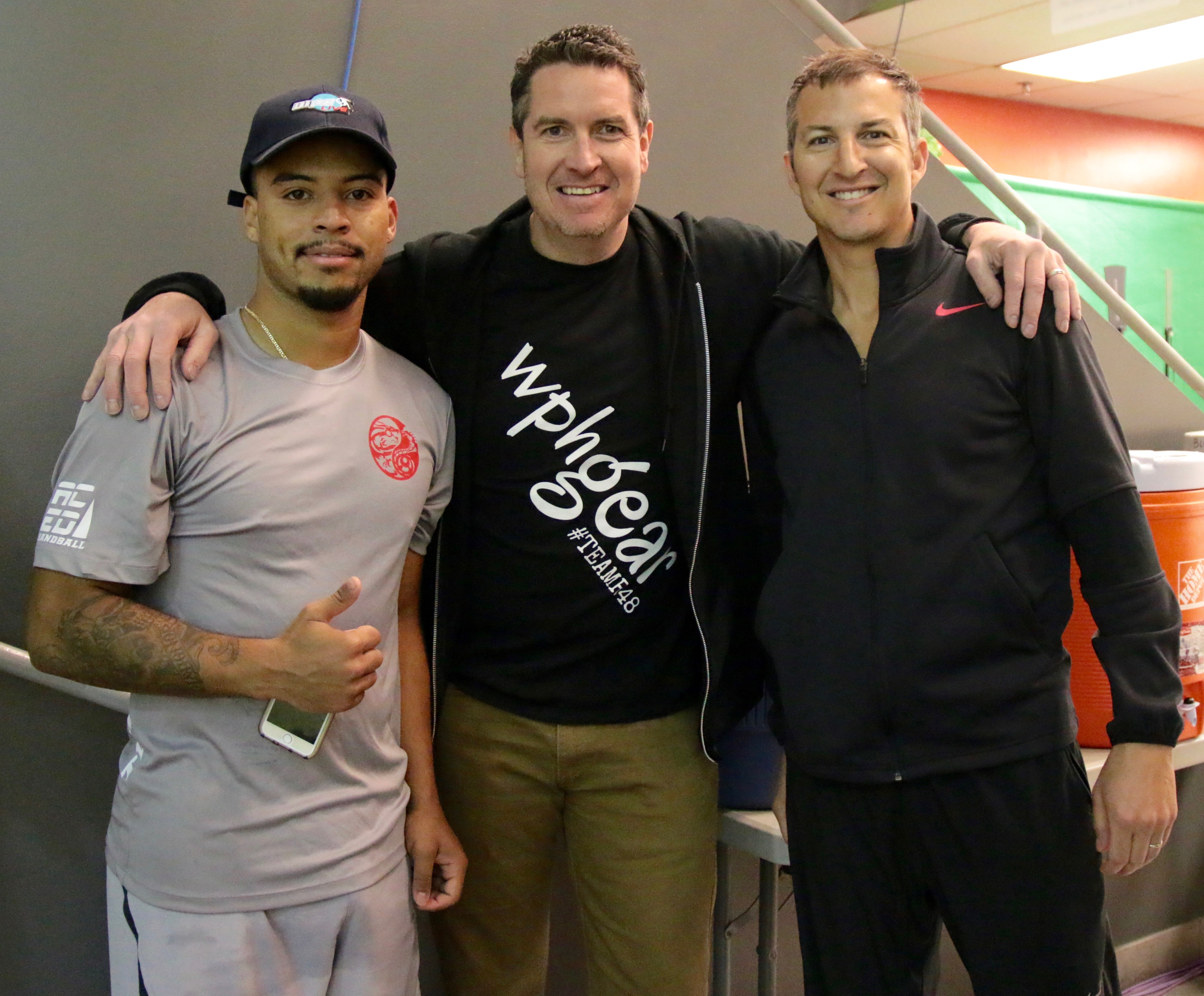 Top qualifiers from across the United States, Canada, Mexico, and Ireland, as well as WPH Outdoor cross over stars kicked off the R48 “Player’s Stop” in Salt Lake City on Friday morning. The combination of top international and U.S. players did not disappoint, as the different handball styles produced scintillating matches and eight very worthy players making their way into Salt Lake City’s R48 main draw.

The crop of new and veteran qualifiers from Ireland, Canada, and across the U.S. produced a spectacular qualifier matches at the “Player’s Stop,” with several unexpected results and a thrilling comeback.

Ireland’s Peter Funchion qualified for the first time with an impressive victory against Austin’s Adam Bernhard, while Vic Perez and Billy O’Donnell qualified for the first time this. O’Donnell overcame a 20-24 deficit in the qualifier final against Abraham Montijo, scoring four straight points to send the match to overtime and scoring the first two points in overtime to advance to the main draw. Perennial qualifiers Shorty Ruiz, Vic Perez, Luis Cordova, Marcos Chavez, and Anthony Selestow all cruised to the main draw with routine victories. 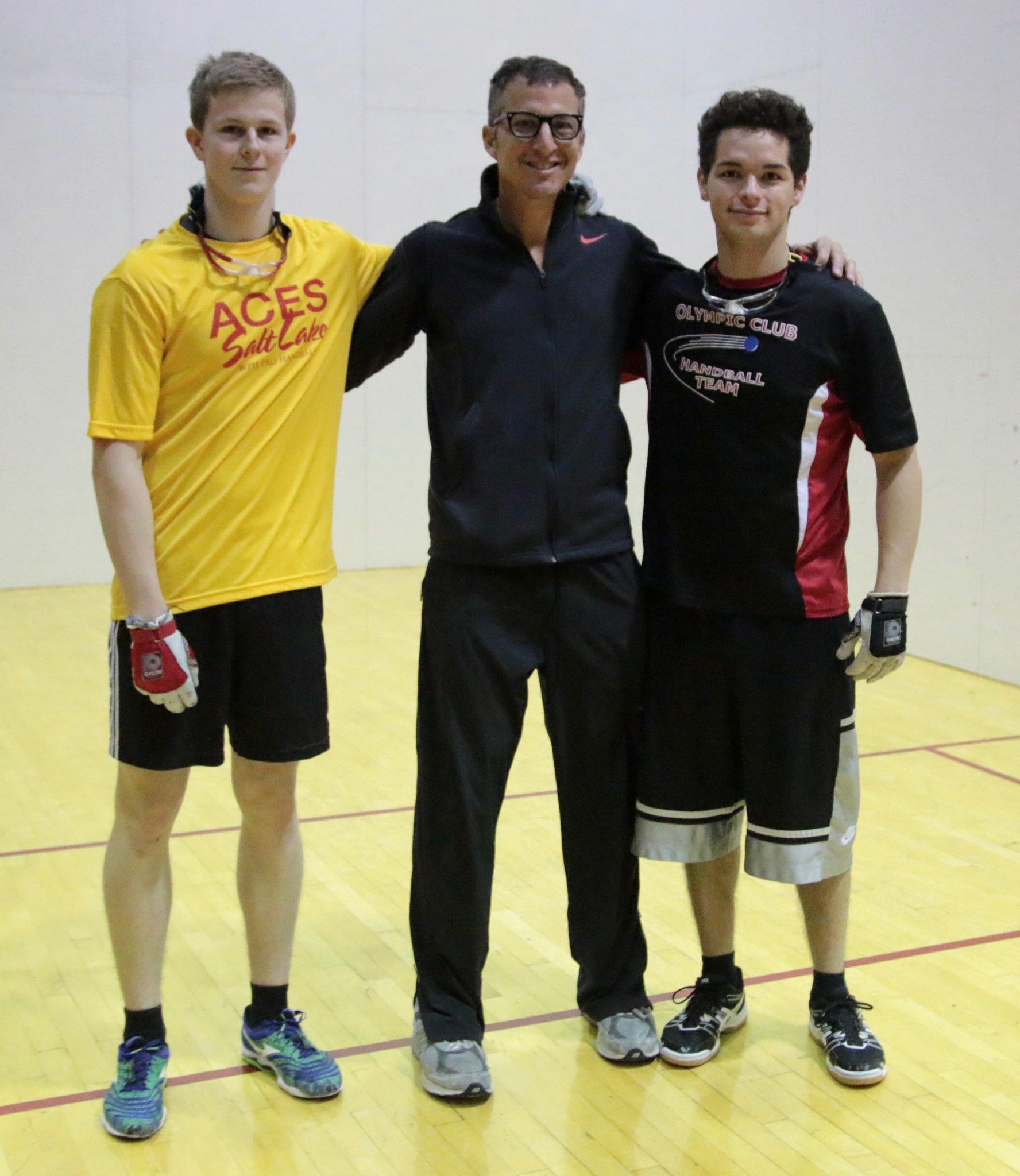 Two of the youngest qualifier hopefuls in R48 history squared off in a special Junior R48 Showdown match, with California’s Anthony Sullivan and Canada’s Michael Gaulton staging a sensational junior showdown match before the main draw commenced. The pair of future R48 superstars traded the lead 15 times in the one game match to 25. Gaulton rallied from a 20-24 deficit to take a 25-24 lead and thought he had won the match. Upon hearing that the match was win by two points, Gaulton fell flat, opening the door for Sullivan to claim the showdown title, 27-25.

The Round of 16 featured overtime games and unthinkable upsets, as the R48 pros dazzled the Salt Lake galleries with incredible drama and showmanship. 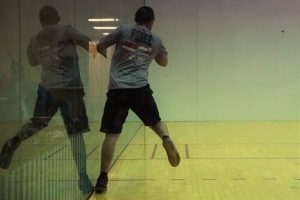 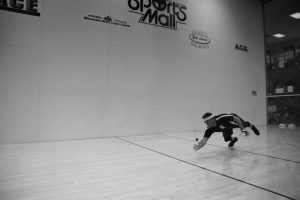 Mando Ortiz and Luis Cordova staged one of the most exciting matches in R48 history in their first round clash. Cordova needed a victory to move into the Elite 8, while Ortiz was aiming to continue his stellar play in Salt Lake City on the court that saw him make the final last year and defeat Paul Brady in 2014. Cordova controlled the action in game one, using the ceiling and the difficult left side glass to take a one-game lead. Ortiz raced to a 9-3 lead in game two, but Cordova scored 11 of the next 13 points to serve for the match at 14-11. Cordova served twice at 14-11, and served for the match for a third time at 14-13. Cordova appeared to have won the match with a blistering drive right at Ortiz, but Ortiz stayed alive with a between-the-legs reprieve, followed by a dive. The rally ended in a hinder, giving Cordova another chance at winning the match. Cordova appeared to have won the match again with a drive down the right wall, but Ortiz dove towards the right wall and feathered a flat rollout in the right corner to earn a side out and stay alive. Ortiz forced overtime and dominated the tiebreaker, becoming just the sixth player in R48 history to face match point and win. 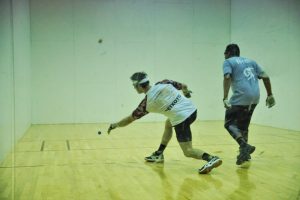 Emmett Peixoto and his California rival Marcos Chavez battled for more than two hours in a back-and-forth and emotional affair. Chavez rallied from a 7-12 deficit in game one to win 15-13, only to see Peixoto rally from an 8-10 deficit in game two to force a tiebreaker. Peixoto built a seemingly commanding 12-4 lead in game three, but Chavez stormed back, climbing all the way to 10 before “The Rock” closed out the match. 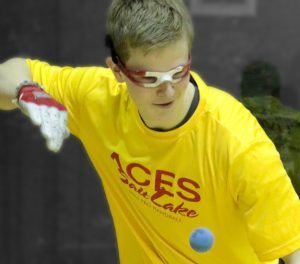 The live ESPN3 Salt Lake City Aces broadcast starts on Saturday morning, April 16th at 11 am est with the R48 quarterfinals. To follow the draws and results from the R48 V Salt Lake City, click here