An Interview that ran on Patreon.com/WPHLive, June 18th

Albert Apuzzi compiled a hall of fame 1-Wall career that featured 21 open national titles, placing just Oscar Obert and Joe Durso ahead of him with 22. Albert was drawn to handball at the age of four, playing “Ace, King, Queen” handball in school. Albert discovered “American” handball in 6th grade and started practicing on a makeshift court, in the schoolyard, or against a brick wall. In his teens, Albert was practicing 80 hours per week. Now 64, Albert has had a blood clot removed from his right arm and two hip surgeries but still continues to play and support the sport with the same passion he had for the game as a rising star.

Exclusively for Patreon, the 1-Wall legend discusses his 60-year journey in handball, 1-Wall strategy, cross-training, his greatest influences, his memorable matches, who he admired and emulated, playing handball with his wife, what 1-Wall needs to do to become more mainstream, plays word association and more! 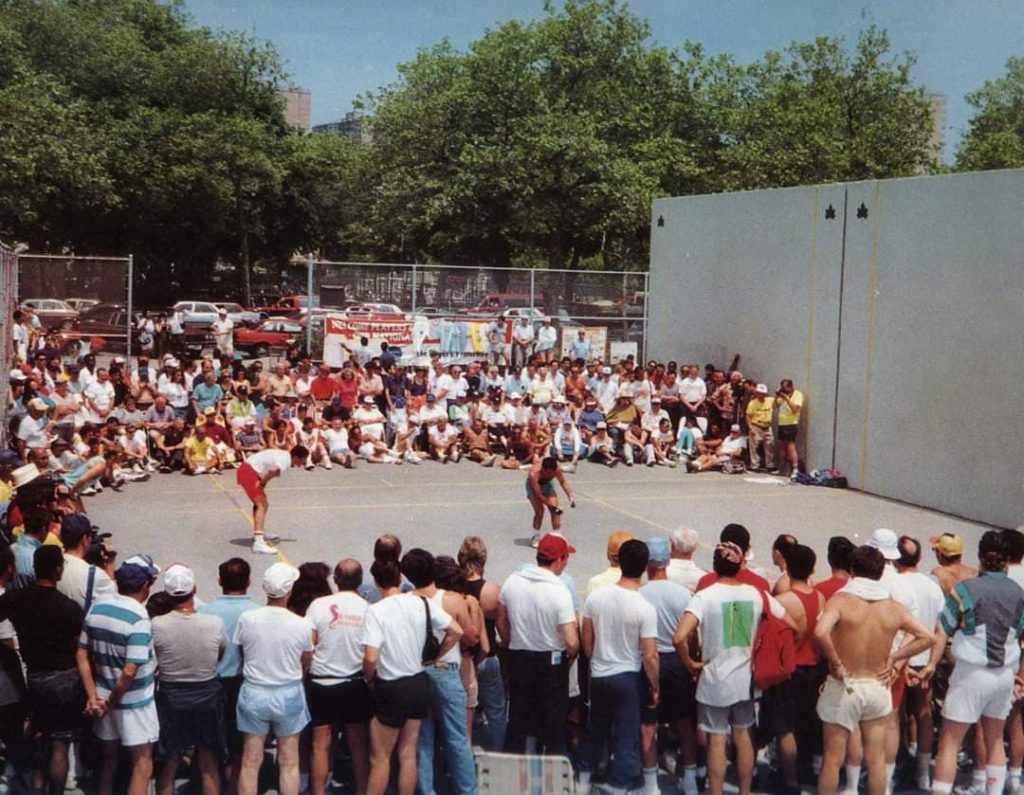 All pictures courtesy of Albert Apuzzi and USHA

What was it that initially drew you to handball?

In NYC 1-wall handball is an EXTREMELY popular sport. Over 2,500 public courts & many are in schoolyards. I started recreationally at a local schoolyard and my family would spend the summers at a bungalow colony in Ellenville NY. Yes, they had wooden courts there too. We would play there too. One summer I met a girl who played paddle ball at the W. 5th St courts. She told me that W. 5th St was where the best players played & we had started dating, so I started meeting her there.

How many active 1-Wall players would you estimate there were when you were playing?

OMG!!! How can I even guess? Lin Fernandez, ex- PSAL Commissioner, once told me that the PSAL had 166 teams with over 5,000 school kids on the team rosters.

To read the rest of this legendary interview, please log into your patreon.com account, then go HERE>