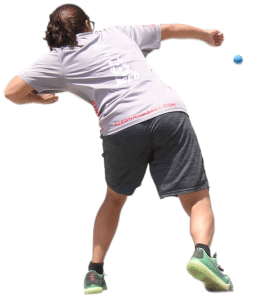 “I am ready to play and defend a title that I worked hard to claim in 2015,” stated Daskalakis. “ I also look forward to seeing friends, who I haven’t seen in a while.”

DD will face the winner of Fionna Tulley and Serena Wu in her opening Wall Ball singles match and will face Suz Entzeroth in her opening 4-Wall match in a rematch of the 2018 WR48 NYAC semifinals, with the winner to face WR48 #1 and World Championships #1seed Catriona Casey. 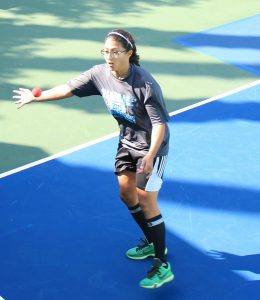 Summary: Danielle Daskalakis has established herself as one of the best all-around handball players in the world, ranking at or near the top in women’s 4-Wall, 3-Wall, and 1-Wall. Daskalakis owns the best serves in women’s handball and often follows her devastating serve with a first-strike kill. Daskalakis’ impressive all-around play makes her a fan favorite in every city in which she competes and a threat to any player on the Women’s Race 4 Eight tour. Daskalakis brings a hybrid outdoor-indoor style to the Women’s Race 4 Eight tour that befuddles even the greatest stars. Daskalakis is also one of the WPH’s top coaches, leading the WPH sponsored Harry Mellis Westside YMCA junior handball program in weekly clinics in New York City and coaching JR WPH clinics across the country. Danielle is truly an ambassador in the world of handball, idolized and by junior players and revered by fans and peers