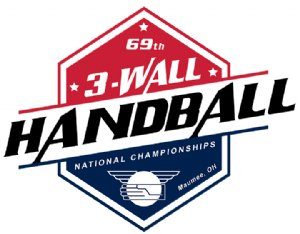 Tucson, AZ, WPH Press, 8/15/19- The USHA and the WPH are thrilled to co-sponsor the Men’s 3-Wall and 1-Wall Big Ball Doubles for the fourth consecutive year at the 69th annual USHA Three Wall Championships on Labor Day Weekend, August 29-September 2, 2019 at the Lucas County Rec Center in Maumee, OH.

“We are always excited to collaborate with the USHA to provide players with the opportunity to compete while promoting and showcasing the sport,” stated WPH Executive Director David Vincent. “We are looking forward to great handball in Maumee this Labor Day Weekend.” 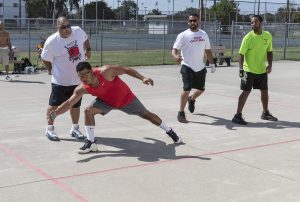 “Since the addition of the one-wall courts, the opportunity for crossover play and crossover big and small ball has brought some new friends to Toledo!” said USHA Executive Director Vern Roberts.

“This has been an exceptional tournament site for 45 years; the Toledo Handball Club does everything right.” barked USHA Development Coordinator Matt Krueger. “Partnering with the WPH has helped the Big Ball and Wallball divisions gain popularity.  We can’t wait to watch the action unfold at this year’s Three-Wall National Championships!”

For more information on the USHA, go to ushandball.org

For more information on the WPH, go to wphlive.tv