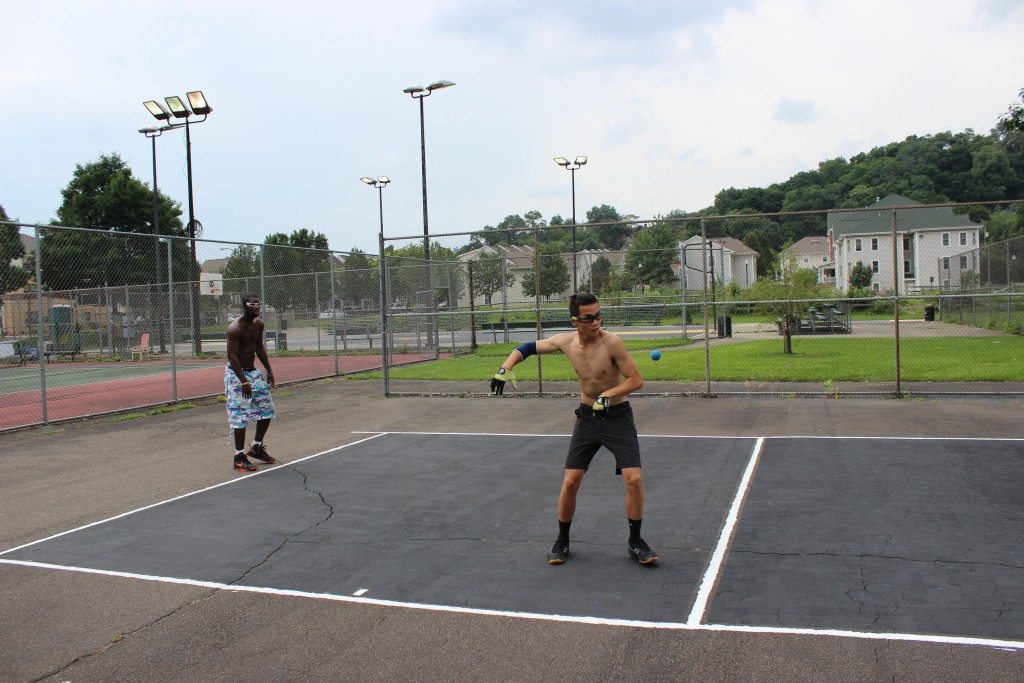 Fink and Cooney met for the fifth time in less than two years in the rematch of the RFC 5 final. Fink surged to a 6-0 lead in his first service inning with crisp offense, but the “Coon Dog” tied the scored at nine with brilliant rekills and strategic defense. Fink surged to his second 6-0 run of the match after being tied at nine, taking the halftime lead, 15-9 with strong serving and first-strike kills. Cooney battled back once again, cutting Fink’s lead to 17-18 and seizing the momentum of the one-game final. Buoyed by an enthusiastic group of local supporters, Fink scored the final seven points of the match the claim his third RFC title, 25-17.

The “A” Playoff singles featured a unique dropdown format for every player losing before the final, with even the semifinal losers eligible for the “A” title. Ryan Bowler claimed the RFC “A” for the second time, defeating Cleveland’s Brian Makowski and Pittsburgh’s Andrew Joseph. Bowler also claimed the RFC’s “Ironman” award for playing the most matches during the weekend.

The RFC 4-Wall Doubles featured a Calcutta Doubles, with each team selected for competitive balance. Ryan Bowler teamed with Pittsburgh legend Jerry Speer to defeat Stephen Cooney and Jason Ke in the opening round, Arthur Sayed and James Flaherty in the semifinals and claimed the RFC 4-Wall Doubles title by denying tournament namesake Rodney Fink his sixth RFC Doubles crown.

The 1-Wall Small Ball Singles was the tournament’s most unpredictable division, as each player seemingly possessed a legitimate chance to win the title. David Fink furthered his hopes for the RFC Cross Over title by defeating New York’s Jason Ke to advance to the final. Second seeded Stephen Cooney and New York’s 1-Wall small ball rising star James Flaherty played the small ball match of the event, as Flaherty rallied from a 17-22 deficit by serving four aces and executing four kills in scoring the final eight points of the match to upset the Irish 1-Wall star, 25-22. Flaherty continued his stellar play in the semifinals, defeating his former collegiate teammate Arthur Sayed in the semifinals. Flaherty started quickly in the final against Fink, racing to 7-2 lead. Fink adjusted his serve and strategy, scoring the final 23 points of the match to win the title, 25-7. With the 1-Wall Small Ball victory, Fink claimed the first RFC Cross Over title. 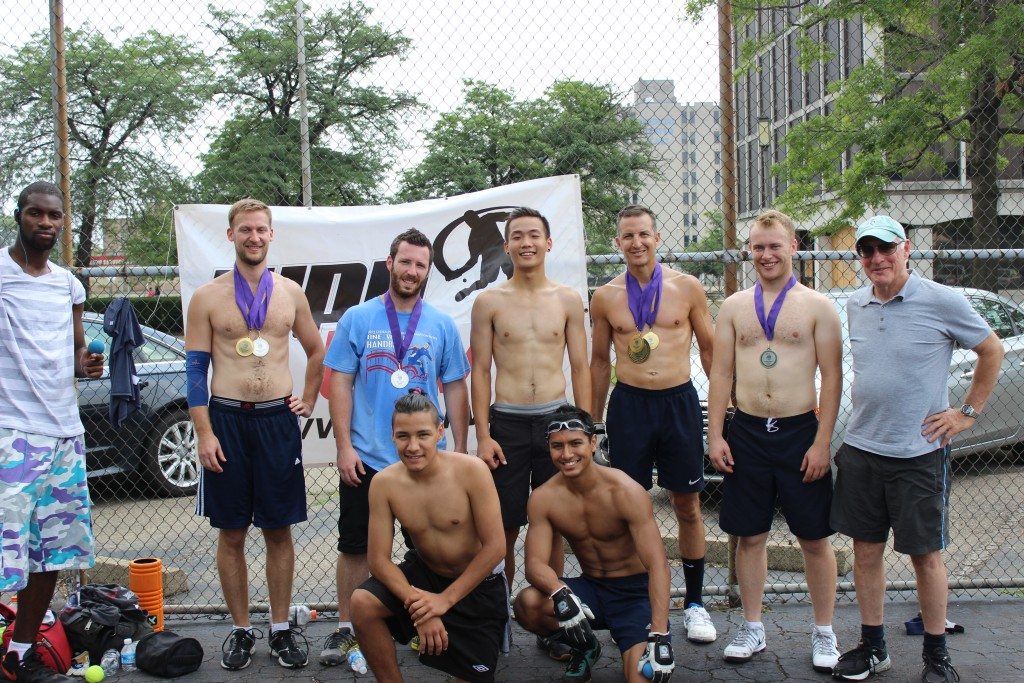 Juniors at the RFC

The see over 100 pictures from the WPH’s RFC 7, click Here

Thank you to the World Players of Handball, Mike Semplice, Rodney Fink, all of the RFC’s generous donors and all of the players who traveled to the RFC to experience the best open tournament in the world.