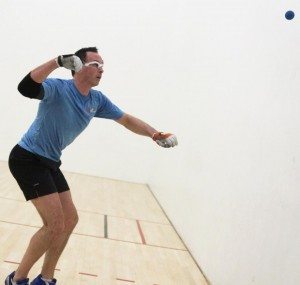 Current and four-­‐time world champion and New York Athletic Club sponsored athlete Paul Brady, coming in from his home country of Ireland for this event, will be defending his title from the R48 III’s stop at the New York Athletic Club, on the heels of his dominating victories this at the WPH R48 IV Stop #1 at the Simple Green U.S. Open in October of 2014, the WPH R48 IV Stop #2 in Tucson, AZ in November of 2014, the WPH R48 IV Stop #3 in Houston, TX in January of 2015 and WPH R48 IV Stop #4 in San Francisco in February of 2015. Brady is unquestionably the best player of his generation and arguably the best player of all-­‐time, losing just two matches between 2005-­‐2014, while winning every major title in the sport. Brady will contend with his greatest rival, Tucson’s Luis Moreno, as well as the other top stars in professional handball, including New York City’s Stephen Cooney, Seattle’s Sean Lenning, and Southern California’s Mando Ortiz.

The world’s top women stars will also be in action at the New York Athletic Club, as Women’s Race 4 Eight #1 Catriona Casey, also traveling from her home country of Ireland, aims to keep her undefeated lifetime WR48 record intact against the best women players in the world from the United States, Canada and Ireland. 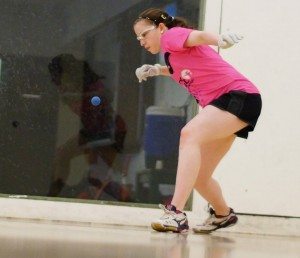 “Having Paul Brady and Catriona Casey competing on the Race 4 Eight is truly an honor for our tour,” revealed WPH Executive Director David Vincent. “This is a once in a lifetime opportunity to witness two of the world’s most electrifying and sensational athletes.”

The Race 4 Eight IV held the first event in October of 2014 at the Simple Green U.S. Open in Fountain Valley, CA. the second event in Tucson in the fall of 2014, the third event in Houston in January of 2015 and the fourth event in San Francisco in February of 2015. After New York City March of 2015, the Elite 8 players from the R48 IV tour and the WR48 II tour will head to Salt Lake City and The Player’s Championship in April of 2015.