Seattle, WA, WPH Press, 1/19/20- The famed Washington Athletic Club, home to the 2012 and 2013 Race 4 Eight Player’s Championship, opened its doors to the best players in the Pacific Northwest, as the PNW’s best open, master’s, and skill level players competed for one of the most coveted prizes in the region.

The Men’s Open Singles featured rising star Kyle “King” English, who has quickly transformed himself from a raw talent to one of the region’s top stars. “I am getting better thanks to having such a great group of guys to play with here in Portland and Vancouver,” stated English. “I could never do it without the competitive level of ballers here. I’ve become much more consistent at shooting and passes.” 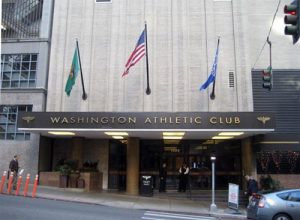 English grinded his way to the final in the bottom bracket, defeating Josh Bateman in the quarterfinals and rallying from a first-game loss against Maxx Bennett to win 11-8 in the tiebreaker in nearly two hours.

Top-seeded Matt Steele spent just 80 combined minutes on court en route to the final in the upper bracket, defeating Peter Tran in the quarterfinals and Tom Polzin convincingly to meet English in the final.

English entered the final having spent more than two hours on the court than Steele. One point separated the Pacific Northwest stars in the first two games, as Steele took game one 21-18 and English rallied from the brink of defeat to take game two 21-19. English relied on his superior conditioning in the tiebreaker, breaking away to claim his first major title.

“The final was exhausting, I feel like an Iron Man,” summoned English after one of the most grueling tournaments he’ll likely ever play. 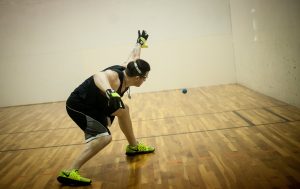 Follow all of the results from the 2020 WAC Classic HERE