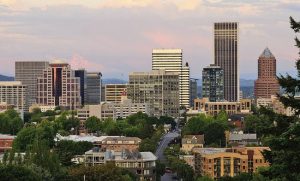 Portland, OR, WPH Press, 8/22/17- The Alten Handball Foundation, the Multnomah Athletic Club and, and the World Players of Handball are proud to present the first Portland Classic/R48 Pre Qualifier, October 27-29, 2017 at the Multnomah Athletic Club, 1849 SW Salmon St. Portland, OR 97205. The Portland Classic will feature the Northwest’s first R48 Pre Qualifier, as well as junior/collegiate divisions and skill level and master’s brackets.

“We are looking forward to some great competition and an opportunity to establish an annual event in downtown Portland,” stated Portland Classic co-tournament director Conor Casey. “We are excited to make the Men’s Open Singles division a R48 Pre Qualifier to inspire our local and regional players to play on the Race 4 Eight tour this season.”

“There are a lot of really good players in Oregon and in the Northwest and it’s going to be very exciting to watch the Pacific Northwest superstars battling for a Race 4 Eight trip,” stated Race 4 Eight tour administrator and WPH Executive Director, Dave Vincent. “Growing up in Oregon, having a chance to play at the Multnomah Athletic Club was always incredibly exciting. The WPH is thrilled to partner with the Portland Classic, the Alten Handball Foundation, and the MAC in proving this great opportunity for the top players in the Northwest.”  WPH will return to Portland for an official race stop in December of 2018 and plans are being ironed out between the groups now (more to come at a later time…)

For all of the information on the R48 VII season, go here