The FULL Race 4 Eight Interview Series is currently published on Patreon.com/wphlive.  You can join Patreon today for one exclusive post EVERY DAY of the week.

Playing as well in his mid 40’s as he did in his mid 20’s, this crowd-favorite dazzles galleries and frustrates opponents with a mixture of finesse, speed and sneaky power. Chavez is seemingly ageless, often playing his best handball in his sixth or seventh match of an event against players 10-25 years his junior. Chavez prepares for events with rigorous cross training exercises, to include biking, weights, stretching, and a lot of handball. Chavez is an ambassador on the tour and leader among his peers, making him one of the most respected players in the sport.

In this exclusive Better With Age interview with “OCH” Marcos Chavez, the R48 and SR48 star discusses what has motivated him to stay at the top of the sport into his mid 40’s, his most difficult rivals throughout his 20+ pro tour career, his passion for the outdoor game, the strengths of his game, his favorite cities to compete, being an inspiration, the titles that have meant the most to him, his favorite court, his goals, and plays a special Chavez word association. 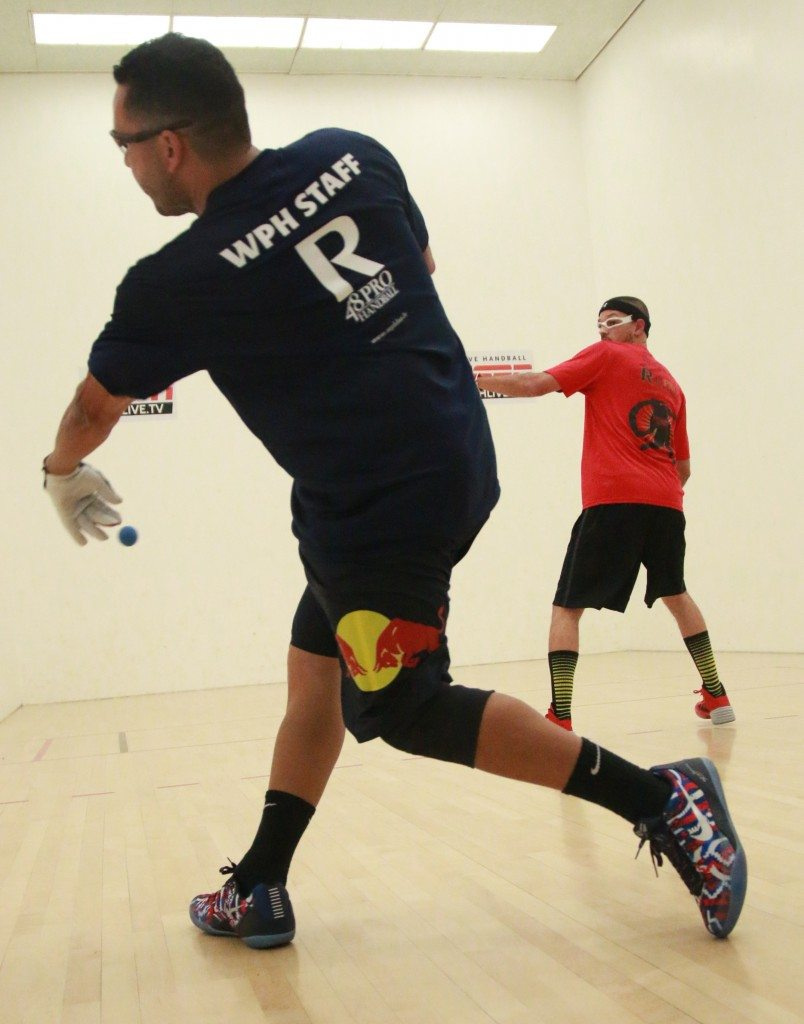 What has motivated you to stay at the top of the sport into your 40’s?

First of all, I love handball so that’s the big reason why I stay motivated. The truth is though, it gets harder and harder as we get older but I always go back to think of the players traveling and still being one of the top eight handball players in the world.  That keeps me pushing and motivated to keep going to the pro stops. Trying to get a few more national double titles is another motivator.

You have played through several generations of top players. Who have been your most difficult rivals throughout your 20-year career?

I would have to say as a qualifier in the 90’s I had great rivalries. Of course, there are the top ones but the guys that were ranked from 8-12 like Norm Dunne, Sal Santa Ana, James Komstoeft and Anton Wilson are players who don’t get mentioned as much as of late but I still remember how good they were. Between 2000-2010, I took somewhat of a hiatus but David Chapman, Tony Healy, Naty Jr., and the up-and-coming Sean Lenning were just awesome. From 2011 until now, all of the junior players became great players on WPH, as well as an older Sean Lenning and now the Cordova brothers with Paul Brady also still dominating when he feels like playing. Add in Killian Carroll and the competition only gets better with the fitness and training that there is today.

Have you enjoyed the outdoor or indoor game more during your career?

I really loved playing outdoors as a kid but as I matured as a player, I really got to understand the indoor game a lot better so I’ve focused a lot more playing indoors in the last 15 years, which has also kept my body from deteriorating from the pounding on the cement of outdoors.

What do you consider to be the strengths of your game that has enabled you to stay at the top for so long?