A strong contingent of R48 qualifier hopefuls from California, Arizona, Pennsylvania, Washington, Minnesota, Colorado, New York, Canada, and Ireland will join the Elite 8, all with hopes of conquering the Big Apple.

The Women’s Race for Eight will stage its third event of the 2017-2018 WR48 season, with WR48 #1 Catriona Casey aiming for her 14th title in 16 WR48 events. Casey is one of the world’s most dominant athletes, amassing a record of supremacy that rivals the greatest careers of any legendary athlete in history. Casey not only wins, she eviscerates her opponents with the ruthlessness of an assassin and the poise of a queen. Casey will be joined in New York by a number of WR48 stars, to include Courtney Peixoto de Melo (CA), Aimee Tuohey (GA), Tracy Davis (NY), Hilary Rushe (IL), and more.

Printable/Shareable NYAC Broadcast Schedule and Brackets, HERE> (This PDF is interactive; to include links for Pro Player Bios, Access to the event page and Links to watch the show-court matches)

WPH RACE 4 EIGHT: The World Players of Handball’s Race 4 Eight 7 Powered by ESPN features seven stops, culminating with WPH R48 7 The Player’s Championship. Similar to Nascar’s Nextel Cup and the FedEx PGA Playoffs, players earn points in the Race 4 Eight’s first six stops to qualify for the season-ending Player’s Championship and bonus prizes. Atlanta, GA hosted the first stop of the season in October of 2017, followed by the Tucson Memorial in November. Montana’s Red Death was the third stop of the R48 7 season and first of 2018, with the R48’s first stop in Las Vegas serving as the fourth stop of the season in February. Houston hosted the R48 for the sixth consecutive season in the season’s fifth stop, and New York City and Salt Lake City will host the final two stops of the R48 7 season, with Salt Lake City’s Aces stop serving the R48 Player’s Championship for the fourth time. 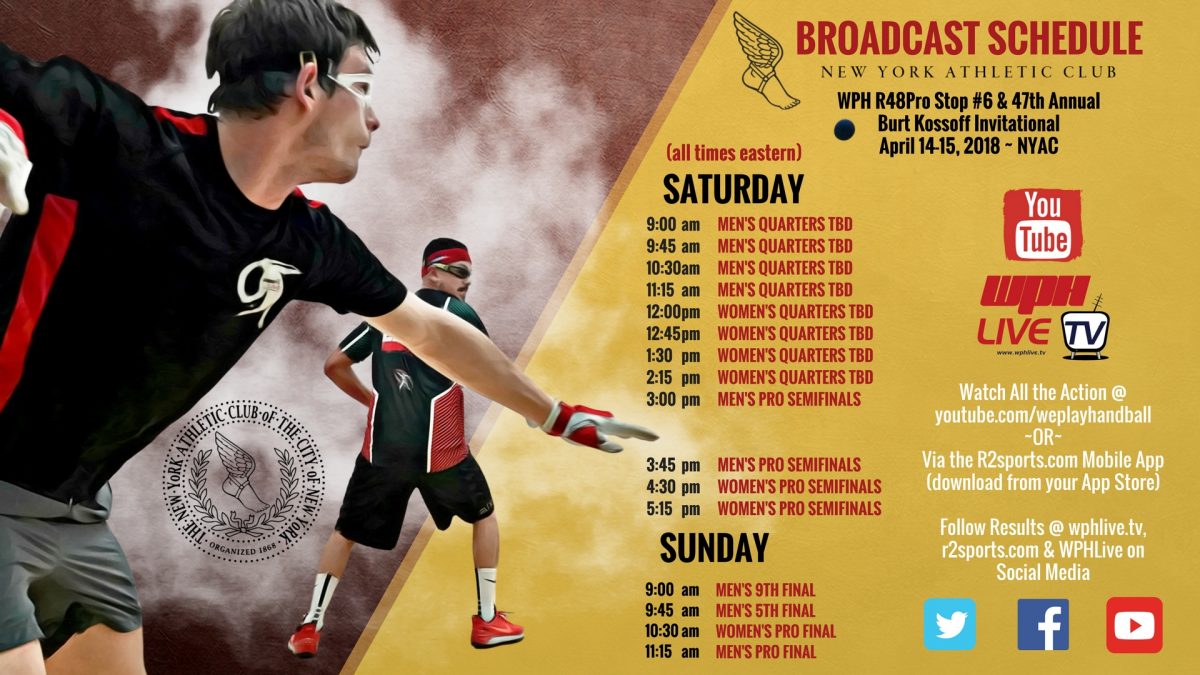