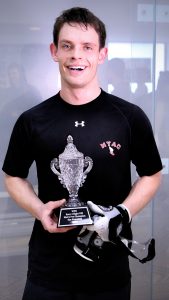 Tucson, AZ, WPH Press, 4/1/19- The Race 4 Eight returned to San Francisco for the first time since 2015, as R48 #1 Killian Carroll and WR48 #1 claimed Frisco titles at the famed Olympic Club. Carroll and Casey each claimed their second Race 4 Eight titles of the 2018/19 season, solidifying their spots at the top of the R48 and WR48, respectively.

45-year old Marcos Chavez inched closer to the R48 top 7 and his career-best R48 ranking after making his fifth R48 quarterfinal of the season, while David Fink and Vic Perez flip-flopped for the R48 #5 and R48 #6 ranking. 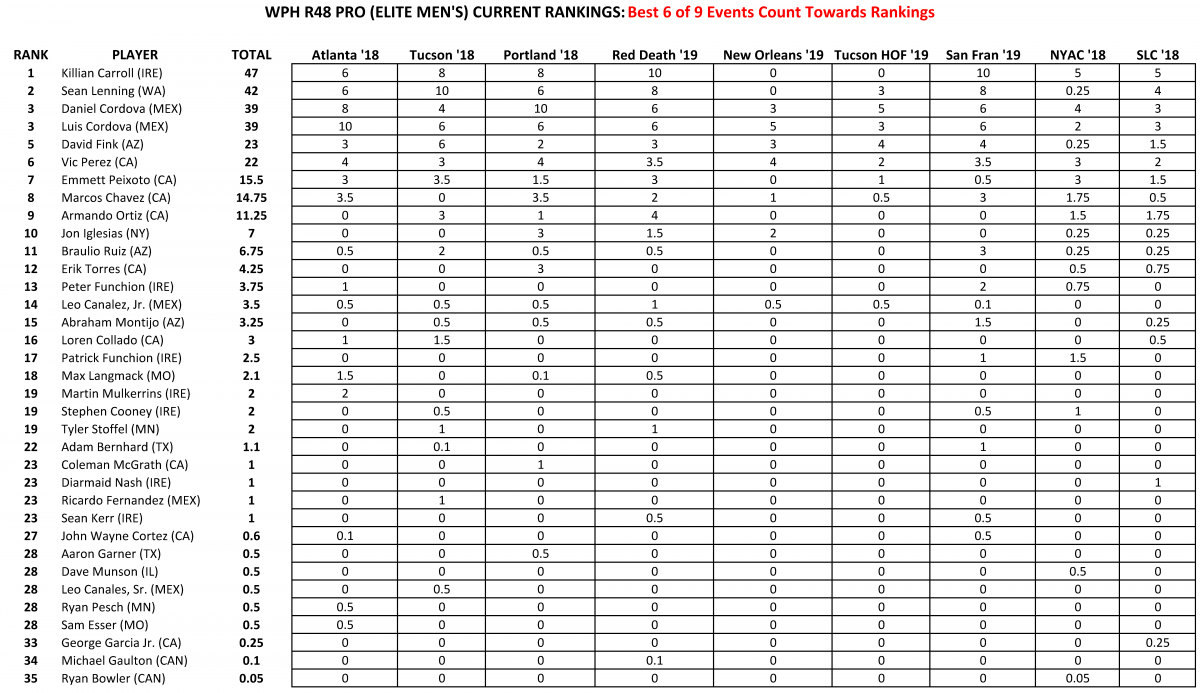